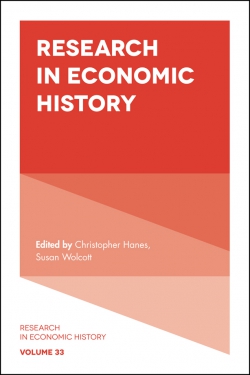 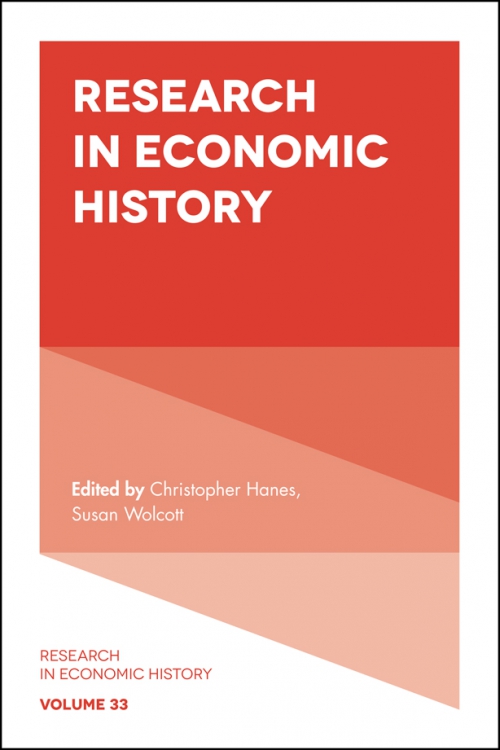 Description
Volume 33 contains articles on the economic history of Europe, America and Asia and brings new analysis, and newly created datasets to address issues of interest. Two papers focus on the US and contribute to our understanding of the Great Depression. In "Reexamining the Origins of the Smoot-Hawley Tariff Act", Beaudreau argues industrialists used the plight of farmers to raise tariffs on manufactured goods. And Jalil and Rua show in "Inflation Expectations in the U.S. in Fall 1933” that shifts in inflationary expectations could be responsible for the patterns in output witnessed in 1933: an expansion in the early part of the year which stalled by the Fall. Two papers present new data. "First Cabin Fares from New York to the British Isles, 1826-1914" by Dupont, Keeling and Weiss extends their work on understanding early tourism by creating a new series to examine the time path of first class travel over the 19th century. "Reforms and Supervisory Organizations: Lessons from the History of the Istanbul Bourse, 1873–1883" by Hanedar, Hanedar, Torun and Çelikay data newly collected from the Istanbul Bourse to better understand how investors respond to different types of reforms. And finally, Field in "The Savings and Loan Insolvencies and the Costs of Financial Crisis" gives a reinterpretation of the Savings and Loan Crises of the late 1980s and early 1990s in light of the subsequent, much more severe crisis of 2007/08.
Contents

1. Reexamining the Origins of the Smoot-Hawley Tariff Act

3. The Savings and Loan Insolvencies and the Costs of Financial Crisis

4. Reforms and Supervisory Organizations: Lessons from the History of the Istanbul Bourse, 1873–1883