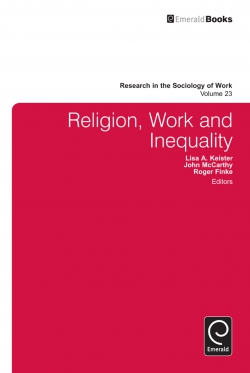 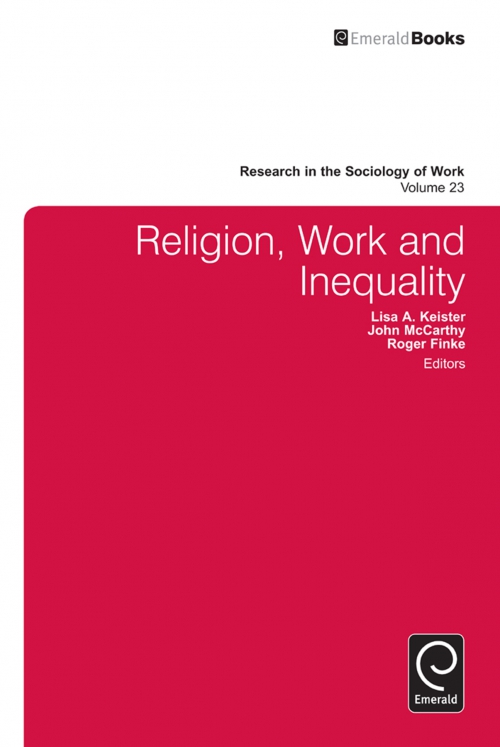 Description
Work behaviours and inequality in work-based rewards are essential to financial security and general well-being. Although the benefits of receiving work-based rewards, such as income, benefits and retirement packages, are significant, they are not enjoyed uniformly. Scholars have invested considerable resources in studying the processes that lead to differential work outcomes, and we know a considerable amount about what places people in the distributions of income and wealth. However, religion is a critical determinant of these outcomes that has attracted little attention. It seems logical that a person's general approach to the world - their religious beliefs or cultural orientation - would be an important determinant of their wealth. After all, the things we consider important and our operating assumptions about how the world does work and how it should work are certain to affect the goals we pursue, our decisions about critical life events, and, ultimately, how well-off we are. This volume brings together major thinkers in the field of religion, work and inequality to explore current research and to articulate an agenda for better understanding these essential social processes.
Contents
List of Contributors. Introduction. Religious Stratification in America. Did the Religious Group Socioeconomic Ranking Change Leading into the Great Recession?. Conservative Protestants, Early Transitions to Adulthood, and The Intergenerational Transmission of Class. Religion and The American Occupational Structure. Socially Responsible Investing and The Power to do Good: Whose Dollars are being Heard?. Religion and Wealth Across Generations. Parental Religiosity and Children's Educational Attainment in the United States. Religious Nonaffiliation and Schooling: The Educational Trajectories of Three Types of Religious “Nones”. Religious Affiliation, College Degree Attainment, and Religious Switching. No Money, No Honey, No Church: The Deinstitutionalization of Religious Life Among the White Working Class. Race, Class, Congregational Embeddedness, and Civic and Political Participation. Mega, Medium, and Mini: Size and the Socioeconomic Status Composition of American Protestant Churches. Social Stratification and Church Attendance in Contemporary Italy. Religion, Religiosity, and Cultural Stratification: Theoretical Links and Empirical Evidence. A New Approach for Studying Stratification and Religion: Early Results from a National Internet-Based Field Experiment study of U.S. Churches. Religion, Work and Inequality. Research in the sociology of work. Research in the sociology of work. Copyright page.