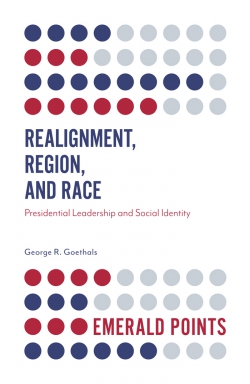 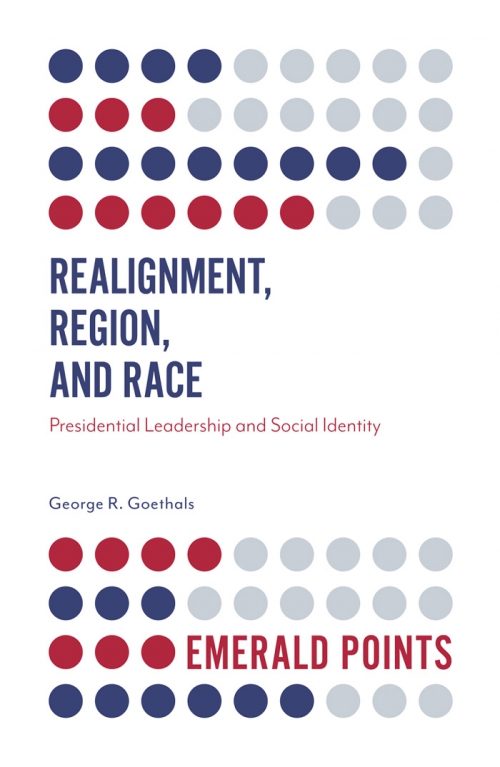 Description
The Trump presidency may well be the first phase of a new American political alignment deeply rooted in identity politics. Now more than ever, it seems especially important to understand how leaders compete to engage different human motivations—how presidents, presidential candidates, and other political leaders appeal to potential followers’ needs for economic well-being, safety, self-esteem, and a sense of significance. It is time to come to terms with the roles of race and region in US political history.
In Realignment, Region, and Race, George R. Goethals addresses this challenge head-on, exploring the place of racial dynamics in American politics from Abraham Lincoln to Donald Trump. He integrates psychology and historical understandings of presidential leadership and politics to explain the way the politics of racial justice and needs for positive social identity have led to different regions in the United States changing party affiliation. He describes the realignment by region of the two major political parties in the United States, the Democrats and Republicans, between the Civil War and the present day, and he considers how for over a century and a half the two parties have offered different social identities, often related to race, that appeal to powerful motives for self-esteem and significance. Goethals’s findings uncover deep contexts for understanding how current political leaders engage experiences and attitudes towards African Americans, Hispanic Americans, and Asian Americans in order to tell particular stories about American and regional identities.
Realignment, Region, and Race is essential reading for students of politics, history, and psychology, and it is of keen interest to anyone concerned with the power that identity politics has taken on in recent American elections.
Contents
Acknowledgements
Chapter 1. The Realignment of American Politics
Chapter 2. Leadership, Motivation, and Social Identity
Chapter 3. The American Revolution to the Mexican War
Chapter 4. Republicans for Racial Justice: Abraham Lincoln and Ulysses S. Grant
Chapter 5. The Republican Retreat from Founding Principles: 1877–1920
Chapter 6. Migration and Realignment: African Americans Move North, the GOP Moves South
Chapter 7. Popular Vote Tectonics: Republican Domination Gives Way to Democrats References Index
About the author
George R. (Al) Goethals holds the E. Claiborne Robins Distinguished Professorship in Leadership Studies at the University of Richmond. Previously at Williams College he served as chair of the Department of Psychology, founding chair of the Program in Leadership Studies, and Provost. With Georgia Sorenson and James MacGregor Burns, he edited the Encyclopedia of Leadership (2004). Goethals’ recent scholarship includes Heroic Leadership: An Influence Taxonomy of 100 Exceptional Individuals (2013, with Scott T. Allison) and Presidential Leadership and African Americans: “An American Dilemma” from Slavery to the White House (2015).