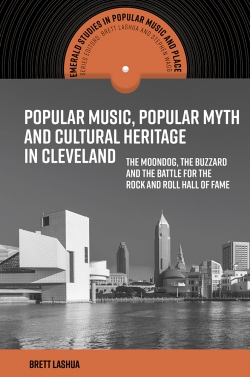 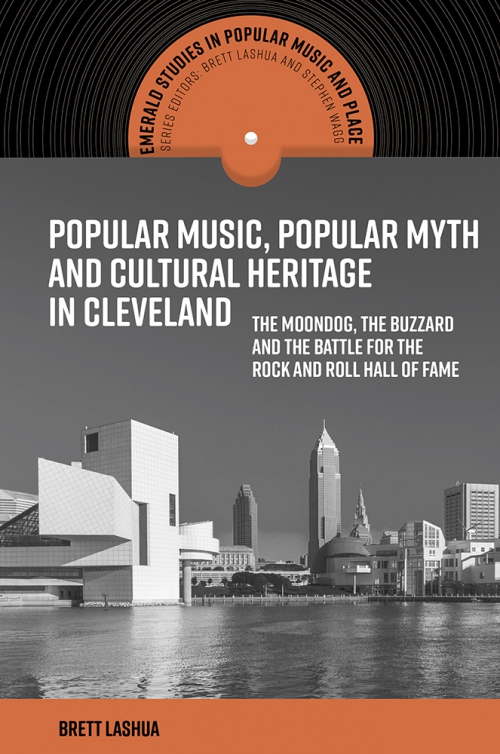 Popular Music, Popular Myth and Cultural Heritage in Cleveland: The Moondog, the Buzzard and the Battle for the Rock and Roll Hall of Fame

Description
Drawing from research conducted at the Rock and Roll Hall of Fame archives, and the author's experience as a local musician, this book offers a micro-historical case study of Cleveland's popular music heritage. Among just a handful of books dedicated to the popular music heritage of Cleveland, it traces myths of "where rock began to roll" in the self-proclaimed "birthplace of rock and roll". Numerous cities have sought to capitalize on their popular music cultural heritage (e.g., Liverpool, Memphis, Detroit, Nashville) as an engine for cultural regeneration. Unusually, rather than a focus on famous musicians and groups, or well-known recording studios and legendary venues, Cleveland's popular music "origin story" is spun from events of the early 1950s, centered on local radio stations, maverick disc jockeys, second-hand record stores, a riotous concert and youthful, racialized audiences at a moment on the cusp of sweeping social changes.
This book untangles the construction of popular myths about "first" rock 'n' roll concert--the Moondog Coronation Ball on 21 March 1952, hosted by legendary DJ Alan Freed--the "invention" of the phrase "rock 'n' roll", and the subsequent rebranding of Cleveland as the "birthplace of rock 'n' roll" by local radio station WMMS "The Buzzard" during the 1970s. These myths re-emerged and re-circulated in the 1980s during the successful campaign to attract the Rock and Roll Hall of Fame. The author explores the fascinating and unusual story of Cleveland, uncovering how and why it became the site of a major popular music museum.
Contents
Introduction: "Hello Cleveland?"
Chapter 1. Popular Music and Place
Chapter 2. Locating the Research, Locating the Researcher, and Getting (Lost) in the Archives
Chapter 3. In the Moondog's House: Alan Freed, Leo Mintz and the "Invention" of Rock 'n' Roll
Chapter 4. Progressive Radio and Cleveland: Place and the making of the "capital of Rock 'n' Roll"
Chapter 5. The Battle for the Rock and Roll Hall of Fame
Chapter 6. Popular Music, Popular Memory, Myth and Cultural Heritage
Conclusion: Cleveland Rocks?
About the author
Brett Lashua is Reader in Leisure and Culture at Leeds Beckett University, UK. He previously held academic posts at the University of Liverpool's Institute for Popular Music, and with Cardiff University's School of Social Sciences. He earned his PhD from the University of Alberta, where he collaboratively designed and delivered Edmonton's The Beat of Boyle Street community youth music program. He received his Undergraduate Degree in History, and a Master's Degree in Youth Recreation, both from Kent State University. Before his academic career, Brett was the drummer with a number bands performing in the northeast Ohio area.