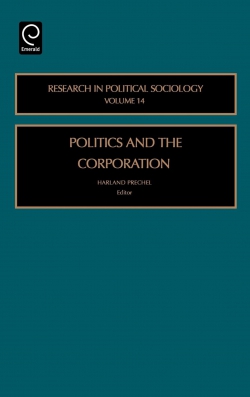 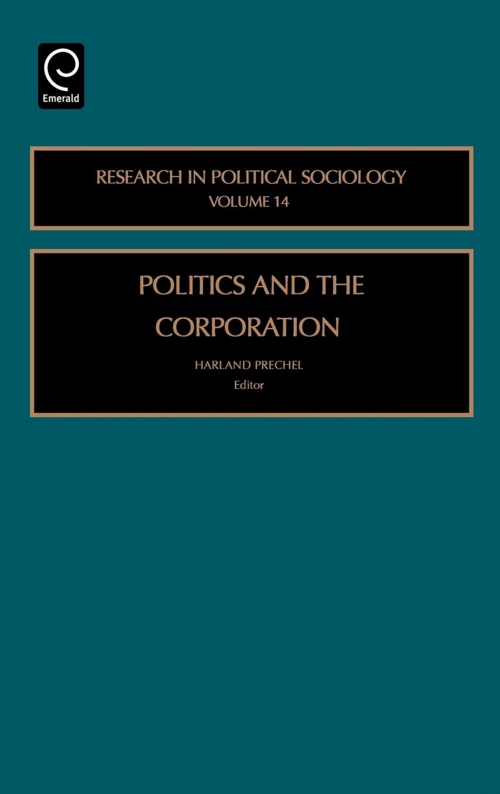 Politics and the Corporation Vol: 14

Description
This volume focuses on the ways in which corporations exercise political power, and how changes in the political-legal arrangements in which corporations are embedded affect their organizational behavior. Drawing from a range of theoretical perspectives, the articles in this collection further our understanding of political capitalism, the utilization of political outlets to attain conditions of stability, predictability, and security in the economy and to preserve the social relations in capitalist society. Corporations exercise political and economic power to establish public policies that facilitate rationalization of the economy: creating the political, economic and ideological conditions that are intended to advance their capital accumulation agendas. By examining the historical and dialectical relationship between the corporation and the state, the authors identify conditions within which capitalists mobilize politically to define and redefine the institutional arrangement in which they are embedded. However, the capitalist class and corporate management do not always have a coherent conception of the relationships between their economic goals and the means necessary to achieve those goals. Thus, in addition to the intended consequences of corporate political mobilization, these articles show that rationalization is a historical process that is characterized by contradictions and unintended consequences.
Contents
Introduction: Politics and the Corporation. (H. Prechel). Part I: Corporate Politics And Social Policy. Privatization and Low-Income Housing in the United States Since 1986. (D. Guthrie, M. McQuairrie). No Room for Compromise: Business Interests and the Politics of Health Care Reform. (P. Akard). Part II: Corporate Politics and Business Policy. Public Airways, Private Interests: Competing Visions an Ideological Capture in the Regulation of U.S. Broadcasting, 1920-1934. (S. Lippmann). Banks in Crisis: Public Policy and Bank Mergers, 1976-1998. (T. Morris). Part III: Corporate Politics and Labor Practices and Policies. Making Change in Female Supermarket Managerial Representation: Examining The Role of Legal, Institutional, and Political Environments. (S. Skaggs). Corporate Accountability and the Privatization of Labor Standards: Struggles over Codes of Conduct in the Apparel Industry. (T. Bartley). About the Authors.