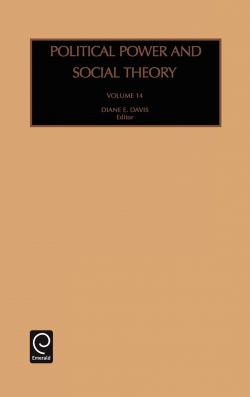 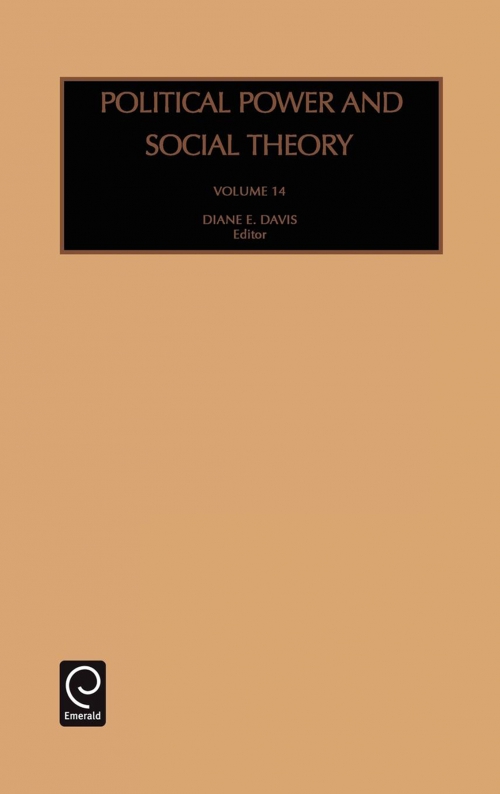 Description
This volume of "Political Power and Social Theory" deliberately grapples with some of the weightiest subjects in the contemporary social sciences: race and class and their impact on political and economic organization. Three historical papers on Cuba, Tanzania, and Mexico open the volume by exploring the complex relations between race, class, ethnicity, and nationalism. Two subsequent papers, which draw on the contemporary case studies of Chile and South Africa, focus on the intersection of class, race, ethnic and generational identities in the contested appropriation of space and territory.The volume concludes with a dynamic debate structured around the question 'Whither Class?' in which the eminent sociologist Alejandro Portes makes a deliberately provocative call to arms. Portes urges a rethinking of class and proposes a new type of class analysis in light of some of the recent social, political, and economic changes of our times. He is rejoined by a distinguished interdisciplinary panel of scholars including Richard Sennett, Edna Bonacich, Richard Ratcliff, Zine Magubane and David Grusky, each of whom examine his position and offers their own view of the continuing relevance of class-based theories. With their contributions, the volume circles back to complex questions of race and other multifaceted forms of identity that increasingly capture the imagination of social scientists in the modern world.
Contents
PART I. RACE, ETHNICITY AND NATION IN HISTORICAL PERSPECTIVECONSPIRATORS, PAWNS, PATRIOTS AND BROTHERS: RACE AND POLITICS IN WESTERN CUBAEnid Lynette Logan THE POLITICS OF RACE AND NATION: CITIZENSHIP AND AFRICANIZATION IN TANGANYIKARonald AminzadeANTI-CHINESE RACISM, NATIONALISM AND STATE FORMATION IN POST-REVOLUTIONARY MEXICO, 1920s-1930sGerardo ReniquePART II. REBELLION, LAND AND SPACELAND, MORALITY AND EXPLOITATION IN SOUTHERN CHILE: RURAL CONFLICT AND THE DISCOURSES OF AGRARIAN REFORM IN CAUTiN, 1928-1974Florencia E. MallonSPACE, POWER AND IDENTITY IN AN A"ENCLOSEDA" REBELLION: ALEXANDRA, SOUTH AFRICA 1986Belinda BozzoliPART III: SCHOLARLY CONTOVERSY: WHITHER CLASS?THE RESILIENT IMPORTANCE OF CLASS: A NOMINALIST INTERPRETATIONAlejandro PortesBEING REALISTIC ABOUT SOCIAL CLASSRichard E. RatcliffTHE CASE FOR REALISM IN CLASS ANALYSISDavid Grusky, with Kim A. Wedeen and Jesper B. SA rensenCLASS ANALYSIS WITHOUT MARXEdna BonacichAN HISTORICAL SOCIOLOGICAL INTERPRETATIONZine MagubaneTHE LEGIBILITY OF CLASSRichard SennettLEAVING THE ANCESTORS BEHIND: THE CASE FOR A FLEXIBLE APPROACH TO CLASS ANALYSISAlejandro Portes