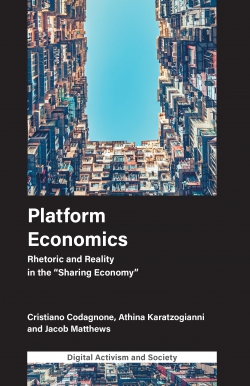 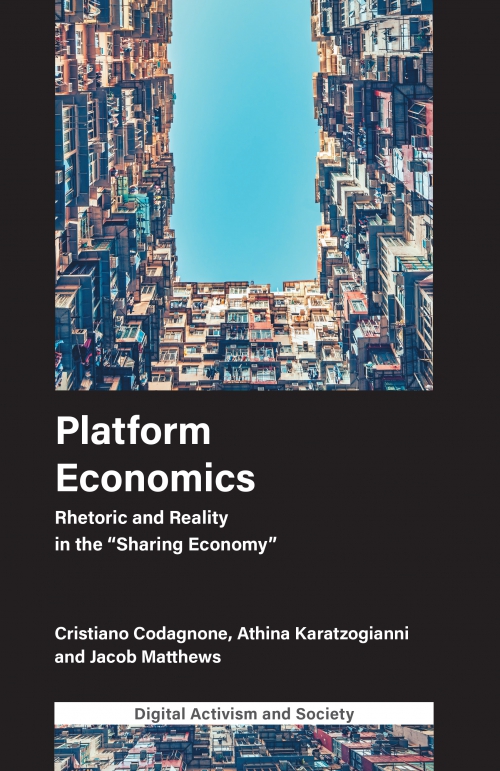 Platform Economics: Rhetoric and Reality in the "Sharing Economy"

Description
Platform Economics tackles head on the rhetoric surrounding the so-called “sharing economy”, which has muddied public debate and has contributed to a lack of policy and regulatory intervention.
The book sheds light on the sharing economy debate by offering an in-depth analysis both of rhetoric employed by sharing economy actors, and by mapping key aspects of digital labour markets. The platform is discussed both as a source of innovation and growth and as a matter of policy concern over competition, tax collection, consumers’ protection, privacy, and algorithms transparency, and the future of work.
The authors show that actors in the sharing economy have not only used the narratives describing the initial phase of the sharing movement to their advantage, but have also succeeded in enlisting diffuse interests as their allies. The authors’ research draws particular attention to the predicted advent of technological unemployment in conjunction with widespread concern over the robotisation of jobs.
Advocating an inter-disciplinary approach in which economics, sociology, anthropology, legal studies, and rhetorical analysis converge, this text will prove invaluable to students, researchers and economists alike.
Contents
Introduction
Chapter 1. Platform economics and the sharing economy: a primer
Chapter 2. Rhetoric, reality, impacts and regulation in labour intermediation platforms
Chapter 3. Digital labour markets in a broader perspective
Chapter 4. Ideological production in digital intermediation platforms
Chapter 5. Conclusion and agenda for the future
About the author
Cristiano Codagnone is Aggregate Professor in Media and Communication at the Universitat Oberta de Catalunya, Spain and Researcher in the Social and Political Science at Università degli Studi di Milano, Italy. His research focuses on the behavioural and socio-economic dimensions of the digital transformation of economy, society, and government.
Athina Karatzogianni is Associate Professor in Media and Communication at the University of Leicester, UK and researches the impact of digitization on the political economy of conflict, activism and security.
Jacob Matthews is Professor of Information and Communication Sciences at the Université Paris 8, France. His research now primarily focuses on the political economy of the Internet and digital intermediation platforms.