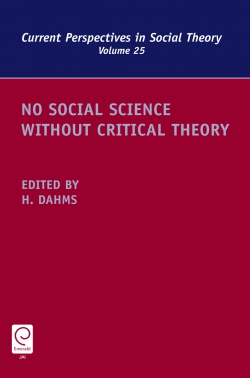 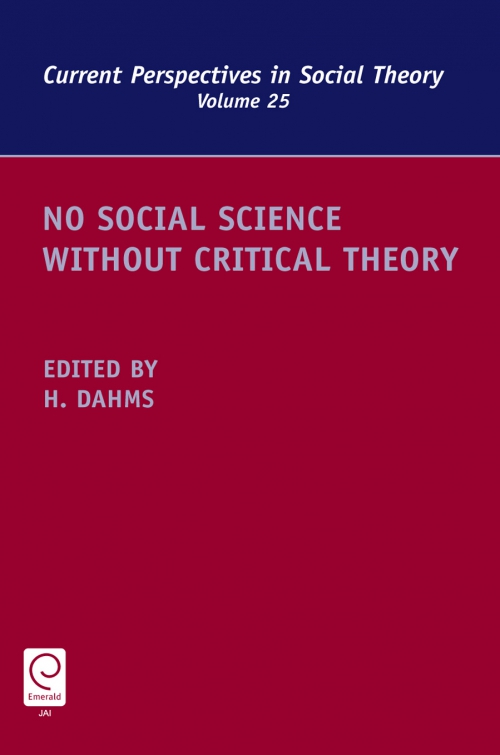 Description
Since the linguistic turn in Frankfurt School critical theory during the 1970s, philosophical concerns have become increasingly important to its overall agenda, at the expense of concrete social-scientific inquiries. At the same time, each of the individual social sciences especially economics and psychology, but also political science and sociology have been moving further and further away from the challenge key representatives of the so-called first generation of Frankfurt School critical theorists (Adorno, Horkheimer, and Marcuse) identified as central to the promise and responsibility of social science: to illuminate those dimensions of modern societies that prevent the reconciliation of facts and norms. As professional disciplines, each individual social science, and even philosophy, is prone to ignoring both the actuality and the relevance for research of alienation and reification as the mediating processes that constitute the reference frames for critical theory. Consequently, mainstream social-scientific research tends to progress in the hypothetical: we study the social world as if alienation, reification, and more recent incarnations of those mediating processes had lost their shaping forcewhile, in the context of globalization, their manifestations are ever more apparent, and tangible. The chapters included in this volume of "Current Perspectives in Social Theory" highlight the problematic nature of mainstream perspectives, and the growing need to reaffirm how the specific kind of critique the early Frankfurt School theorists advocated is not less, but far more important today. Contributions examine the links between political geographies and globalization; Marxism and public sociology; anti-Semitic workers and Jewish stereotypes; governmental rationality and state power; restricted eros and contemporary politics; Marcuse and the psycho-politics of transformation; contemporary theory and consumer society; and the theory of C. Wright Mills. This book includes nine chapters from some of the most respected personalities in the field and a broad and diverse look at social science and critical theory.
Contents
How social science is impossible without critical theory: The immersion of mainstream approaches in time and space.
Critical conundrums - logic and politics in Frankfurt critical theory prior to the linguistic turn.
The architecture of social critique: Three models of ideology critique and the legacy of the Frankfurt School.
Is universality the object of globalization? Political geographies of contingent universality.
From the culture industry to the society of the spectacle: Critical theory and the situationist international.
Signifying the Jew: antisemitic workers and Jewish stereotypes during World War II.
Herbert Marcuse and contemporary social theory: Beyond the consumer society.
Restricted eros and one-dimensional morality: a Marcusean reading of contemporary politics.
The radical present: the psychopolitics of transformation in Marcuse.
Pedagogy against “dis-utopia”: from conscientization to the education of desire.
Governmental rationality and popular sovereignty.
Public sociology, Marxism, and Marx.
The sociological theory of C. Wright Mills: toward a critique of postmodernity.