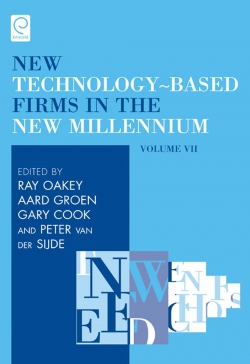 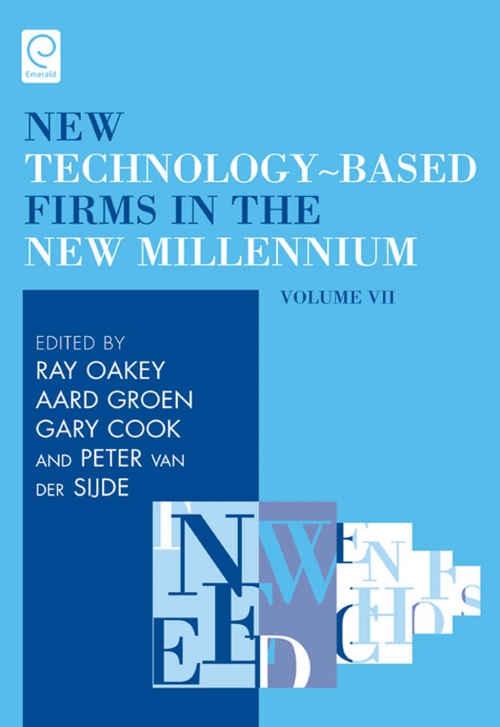 New Technology-Based Firms in the New Millennium: Production and Distribution of Knowledge Vol: 7

Description
The research and policy evaluations presented in these papers represent a uniquely valuable evolving record of policy and research on high technology small firms through many changes in economic conditions and government policy approaches over more the a decade and a half. Specific issues in the book series cover many of the key industrial development policies adopted by developed, and developing, national governments since the early 1990's including, for example, writings on policy and practice concerning science parks, incubators, academic enterprise, industrial networking and the role of clusters in nurturing high technology small firms formation and growth. In particular, the on-going problem of early stage high technology funding has been a theme of constant concern since 1993, and because it remains resistant to amelioration, will endure into the future. Both the conference and the ensuing book series represent a pre-eminent vehicle for all the major international researchers concerned with high technology small firms to present their work to each other and the wider public.
Contents
Contributors. Chapter 1 Introduction. Chapter 2 On the Recognition of Venturing Opportunities in Science and Technology. Chapter 3 Entrepreneurial Identity, Career Transformation and the Spin-Out Process. Chapter 4 The Roles of Scientists in the Start-up of Academic Spin-off Companies in the Life Sciences in the Netherlands. Chapter 5 The Role of Knowledge Intensive Business Service Firms in University Knowledge Commercialisation. Chapter 6 The Evolutionary Business Valuation of Technology Transfer. Chapter 7 Post-Project Market Review as a Tool for Stimulating Commercialisation of Knowledge Creation Projects. Chapter 8 Using Knowledge Management to Gain Competitive Advantage in the Textile and Apparel Value Chain: A Comparison of Small and Large Firms. Chapter 9 High-Tech Small- and Medium-Sized Enterprises: Methods and Tools for External Knowledge Integration. Chapter 10 The Relevance of Disruptive Technologies to Industrial Growth: A Conceptual Critique. Chapter 11 Who Builds ‘Science Cities’ and ‘Knowledge Parks’?. Chapter 12 Socioeconomic Networks: In Search of Better Support for University Spin-Offs. Chapter 13 A Conceptual Framework for Studying a Technology Transfer from Academia to New Firms. New Technology-Based Firms in the New Millennium Volume VII: The Production and Distribution of Knowledge. Copyright page.