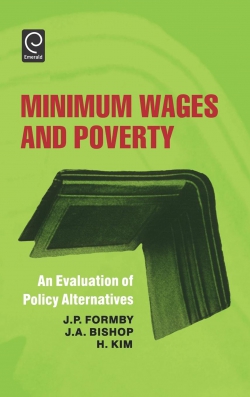 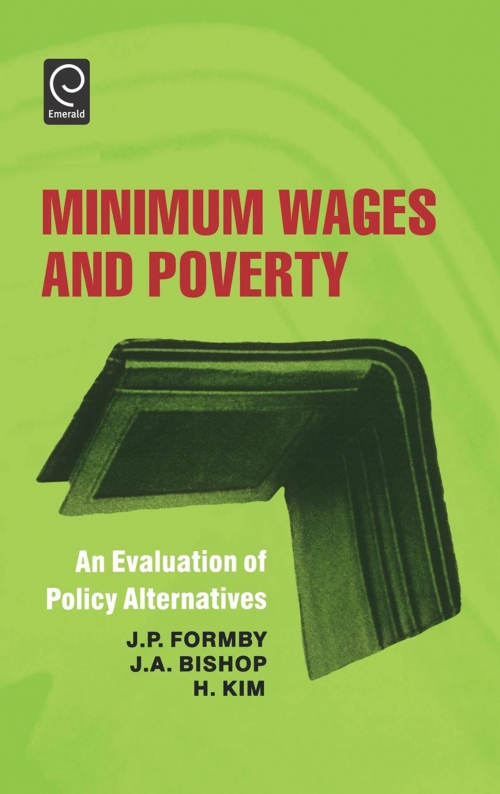 Minimum Wages and Poverty: An Evaluation of Policy Alternatives

Description
This research investigates the impact of three equal cost alternative labour market policies on the economic well-being of low-income families and society in general at the turn of the 21st century. The principal focus is on how changes in the minimum wage, Earned Income Tax Credit (EITC), and payroll taxes influence the well-being of low-income American families. The methods we employ also reveal how much of the benefits from raising the minimum wage, increasing the EITC, and reducing payroll taxes of workers in low-income families accrue to families in the middle and upper ranges of the income distribution. Thus, we consider the entire distribution, but focus primary attention on families and persons at or near the bottom of the income distribution. The research reported in this book has three distinguishing features.First, it examines and compares changes in the minimum wage, the EITC, and payroll taxes using a common analytical framework. There is considerable discussion of the impacts of raising the minimum wage and increasing EITC payments. The research reported here places these two policies in an 'equivalent social cost' framework and analyses the distributional consequences of each policy. In addition, we use the same equivalent cost paradigm to investigate an alternative policy that rebates a portion of the payroll taxes paid by workers in low-income families. A second distinguishing feature of the research is that it incorporates important insights from the poverty and income distribution literature into the analysis of labour market policies and family well-being.This literature suggests that any evaluation of success or failure of poverty fighting policies that increase the minimum wage, expand the EITC, or reduce payroll taxes requires that the poor population be properly identified and poverty measured using distribution sensitive measures of poverty and not simple headcounts of the poor. Further, it is important to check for the sensitivity of any conclusions about the policy choices to alternative poverty lines. A third distinguishing feature of the research is that we use important developments in the applied welfare economics of income distribution to address the key question: Which policy alternative is best?
Contents
Abbreviated. I. Introduction. II. Ranking income distributions and measuring poverty. III. Low-income families and low-wage work. IV. New Estimates of the disemployment effects of raising the minimum wage. V. The effects of alternative labor market policies on family incomes. VI. Mobility and the effects of alternative labor markets policies on permanent poverty VII. Conclusions and policy implications.