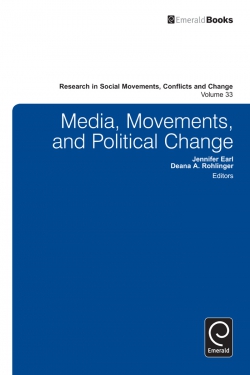 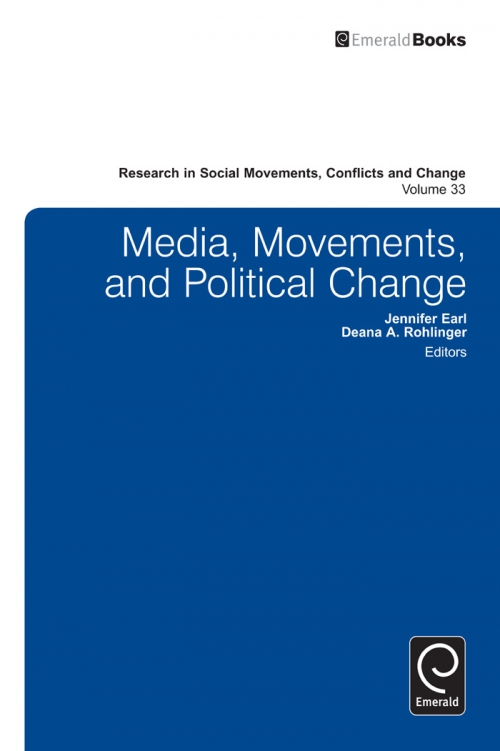 Description
This volume of Research in Social Movements, Conflicts and Change explores the relationships between mass media, social movements, and political change. Media plays an important role in social and political change and this volume advances scholarly understanding of how activists and elites alike use books, newspapers, and Internet-enabled technologies to affect change. Chapters include analyses of the role of media in the (Anti-)Abortion, Globalization, Labor, Townsend, and White Power movements as well as Barack Obama's 2008 campaign. Section one is focused on the role of books in movements and on explaining differences in movement media coverage across diverse print outlets. The second and third sections engage contemporary debates involving print media by outlining how scholars might explain and/or expand the overall quality of media coverage that movements receive. Also exploring social movements' use of Internet-enabled technologies, and how the Internet expands the horizons of activism by facilitating activism outside of organizations and creating culture milieus that support movement participation. The final chapter then explores influences on the growth of the ex-gay movement across US states. Altogether, this volume suggests new avenues for research, provides new insights into the strategic use and influence of media, and challenges existing assumptions of media-movement relationships.
Contents
List of Contributors. Foreword. Introduction. Literary Activists and Battling Books: The Labor Problem Novel as Contentious Movement Medium. Outside the Mainstream: Social Movement Organization Media Coverage in Mainstream and Partisan News Outlets. A Story-Centered Approach to the Newspaper Coverage of High-Profile SMOs. Media Framing of the Pittsburgh G-20 Protests. Organizational Dominance and its Consequences in the Online Abortion Rights and Antiabortion Movements. A Social Movement Online Community: Stormfront and the White Nationalist Movement. Acting in the Public Sphere: The 2008 Obama Campaign's Strategic Use of New Media to Shape Narratives of the Presidential Race. Mobilizing in Response to Threat: The Case of the Ex-Gay Movement. About the Authors. Media, Movements, and Political Change. Research in Social Movements, Conflicts and Change. Research in Social Movements, Conflicts and Change. Copyright page.