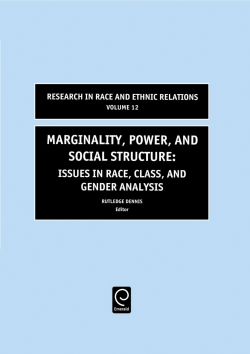 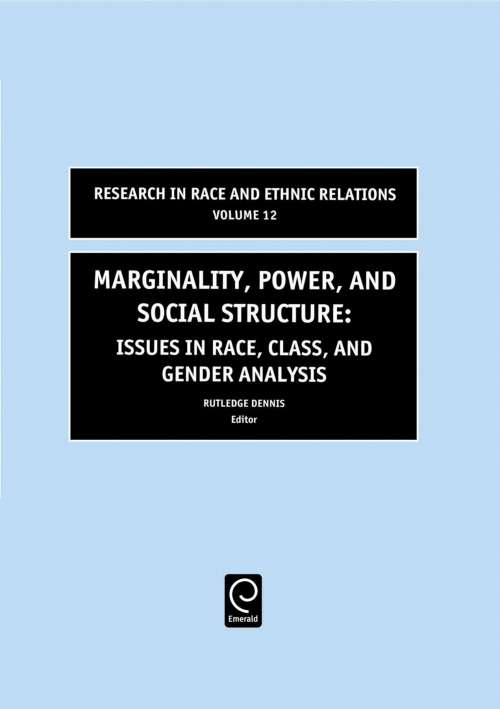 Description
The articles in this book are intended to be a much-needed corrective to the literature on marginality. In the recent past, and at present, the concept of marginality has been used with little specificity, and when used with specificity, the delineation of the complex dimensions of the term has been less than satisfactory. To illustrate the many ways in which marginality exists and operates in many societies Rutledge Dennis has assembled a rich array of articles designed to highlight the history and evolution of the concept of marginality along with the theorists, issues and situations which prompted the use of the term, and the issues for which the term is applicable today. The very title of the volume comes into play here because, though many of the early marginality theorists took the term into the realm of psychology, the contributors to this volume who discussed the theory highlighted the social structural foundation of marginality. Dennis sought a marriage of theory and research while assembling the articles for this volume. For this reason he actively sought papers which used divergent research strategies to uncover the existence of marginality in its various forms and contexts. Thus, some of the papers utilize ethnographic and life history approaches, whereas others use statistical analysis and historical data analysis. In addition to theoretical and methodological concerns a major theme for this volume is the combination of both theory and method towards an investigation of issues and problems emanate from the social structure, and are closely linked to power and domination.
Contents
The Age of Marginality. (R.M. Dennis). Defining Marginality: Historical and Contemporary Perspectives. Marginality: A Conceptual Extension. (R.J. Dunne). No Owner of Soil: Redefining the Concept of Marginality. (J.M. Billson). The Marginal Man: Evolution of a Concept. (T.H. Jenkins). Youth and Marginality. Exclusion, Civic Invisibility and Marginality; The Murders of Street Youth in Brazil. (M.K. Huggins). The Impact of Religiosity on Deviance and Criminal activity in Youth and Young Adults. (K.N. Dennis). Social capital and the Impact of Violence Among early Adolescent African-American Males. (J.B. Richardson Jr.). Marginality and the Social Construction of Ethnicity and Gender Identity. Ethnic Boundaries and Intermediaries in the resettlement of Indochinese Refugees. (J. Hein). Marginalizing the Majority: Migration and the Social Construction of Identity among Uighur Muslim Women in China. (S. Obol). Transcending "The Marginal Man": Challenging the Patriarchal Legacy of Robert E. Park. (M.J. Deegan). Class and Marginality. The Marginal Status of Teachers in an Elite School System: Secondary Education in Nineteenth and Early Twentieth - Century France. (F. Van de Poel-Knottnerus, J. D. Knottnerus). William J. Wilson's "Ghetto-Related Behaviours" Values and Poverty: A Test. (M.A. Jacob).