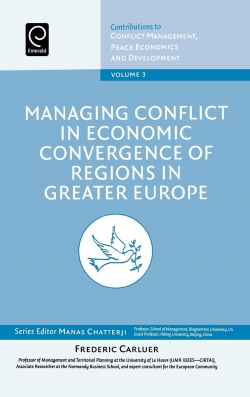 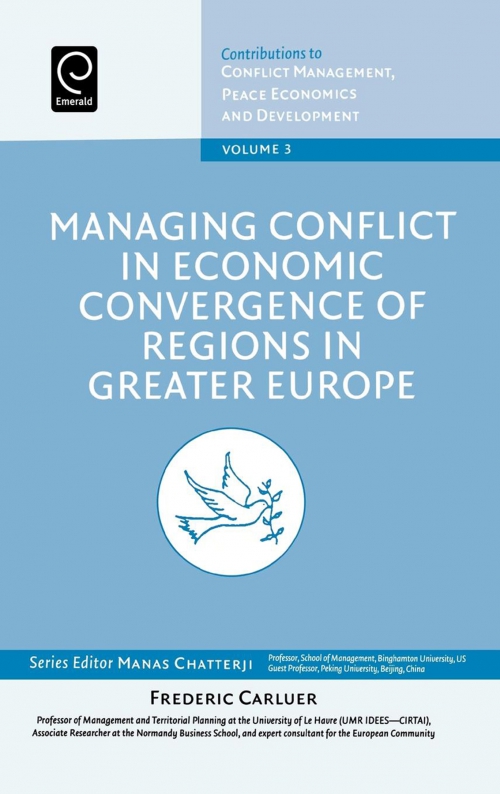 Description
Today, Europe is facing a political crisis because it has not solved a double dilemma. The first one is institutional and concerns the frontiers of the Union and thus the number of potential regions. The second one is economic, and makes it necessary to choose between, on the one hand, the need to strengthen the European growth poles (especially the metropolitan regions) in order to compete successfully with the Triad and the Asiatic countries and, on the other, the obligation to ensure harmonious development and to distribute the structural funds more evenly or even to concentrate them in the Eastern countries and the less favoured regions characterized by atonic growth. In other words, the choice facing the European Commission reflects the crucial dilemma between size and integration and between equity and growth. In terms of territorial prospective and management, four main scenarios must be compared and their impacts must be estimated: the strengthening of concentration, the diffused metropolization, the increase of regional inequalities and the polycentrism. This is the main reason why the question of European regional convergence is now attracting considerable attention, since polarization phenomena and specific regional trajectories are challenging the hypothesis of automatic catch-up within the European Union over nearly two decades. This interest is further compounded by the huge challenge of integrating the ten new Eastern countries, two other candidates in 2007 (Bulgaria and Romania) and probably several other ones in the near future (especially Croatia, but also Moldavia and Ukraine and, perhaps, Turkey). For regional policy-makers, the main concern is to make monetary integration successful, to moderate the divergent forces and to stimulate the lagging territories. This study of spatial convergence is very interesting, because it combines theoretical openness, access to recent statistical databases (REGIO) and the use of mathematical applications (Markov chains, Generalized Moments method), together with the possibility of conducting empirical tests leading to a new analysis of decentralization policies and to the characterization of new growth factors and new locational strategies. All these methods are used to analyze the empirical reality of the European convergence process, for Western European countries and Eastern ones successively. A final chapter on the regional dynamics in Ukraine and Russia is also added. The results show a strong diversity of regional evolutions at an aggregate level and specific spatial dynamics at a sectoral level. The role of agglomeration economies (density, regional capitals) and spatial externalities (diffusive growth), especially through autocorrelation tests and fixed effects analysis, as well as the importance of regional specialization and of metropolarization are confirmed. To sum up, the main finding of this book is the coexistence of national convergence and regional divergence for the Western countries and the converse for the Eastern ones. All these empirical results shed light on the relevance of new economic geography, the need to distinguish spatial and institutional hierarchies and give some appropriate strategies to policymakers. The questions of the quality of the integration and the prospect of further enlargement of the European Union to the East (up to the Urals frontier) highlighted by these empirical findings demand ingenious political management in order to reconcile regional diversity (and especially the fact that a moderate level of inequalities could stimulate global growth) and the European project itself (not only the economic aspects but also the political and cultural aspects). To conclude, the main question is whether the European Union has the means to play on different fields (geographic size, cultural mix and above all distribution of structural funds) without threatening its long-term growth and diluting its economic culture (and its social cohesion) in the face of globalization.
Contents
INTRODUCTION I - IS THE CONVERGENCE PROCESS SO IMPORTANT? II THE DYNAMICS OF EUROPEAN REGIONS III EUROPEAN REGIONS AT THE PARTING OF THE WAYS IV THE ENLARGEMENT AT STAKE: TOWARDS REGIONAL INTEGRATION ? CONCLUSION