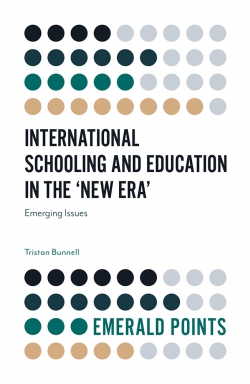 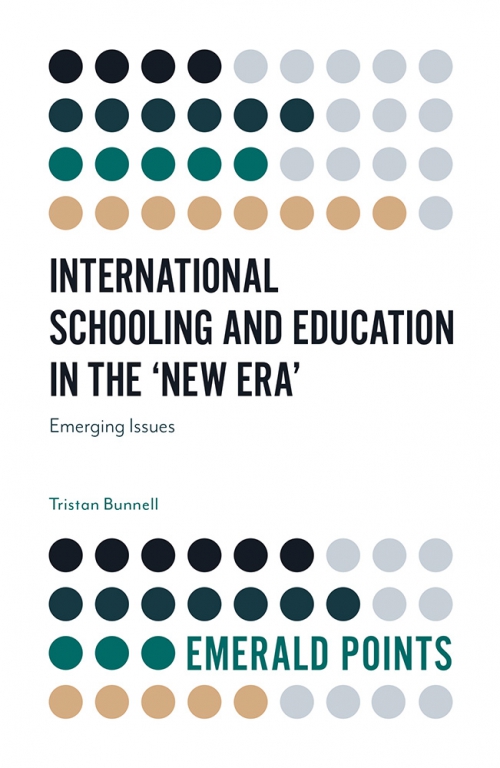 International Schooling and Education in the 'New Era': Emerging Issues

Description
International Education in its International Schooling mode of operation is still an under-reported and largely under-researched area of education. However, it is undeniably no longer a peripheral player and has proven historically to be both financially successful, and commercially attractive. It subsequently continues to grow in both scale and diversity, reaching 9,000 schools in 2017. The next decade, until 2027, looks set to see unprecedented growth with the number of schools, children, staff, and fee income all doubling in size.
This book explores the main driving forces behind this growth. Dr Bunnell argues that a 'New Era' of unprecedented growth still looks set to appear and explores the complex driving forces behind this expansion. He uncovers the set of inter-connected perceived 'guarantees' that are emerging, driving both the supply and demand which appears at first glance to be a very strong platform for growth. However, this work fulfils a need to get beneath the data and reveals the foundations of this enormous future growth to be rather precarious. Given its in depth insight into international schooling, this book will prove invaluable to researchers and education practitioners alike.
Contents
Chapter 1: A projected decade of unprecedented growth
Chapter 2: The characteristics of the emerging 'New Era'
Chapter 3: The demand-side factors driving growth
Chapter 4: The supply-side factors driving growth
Chapter 5: The emerging issues of the 'New Era'
About the author
Tristan Bunnell is a Lecturer in International Education at the University of Bath, UK, since 2014. Prior to that, he had taught since 1990, International Baccalaureate Diploma Programme (IBDP) Economics at the International School of London, and Copenhagen International School. He obtained his Doctorate from the University of Southampton in 2003. He has written extensively about trends and controversies in 'International Schooling' and international curricula developments, and has undertaken research into 'international mindedness'. He is the author of The Changing Landscape of International Schooling: Implications for Theory and Practice (Routledge).