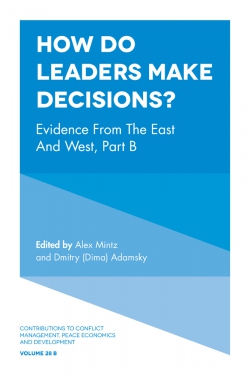 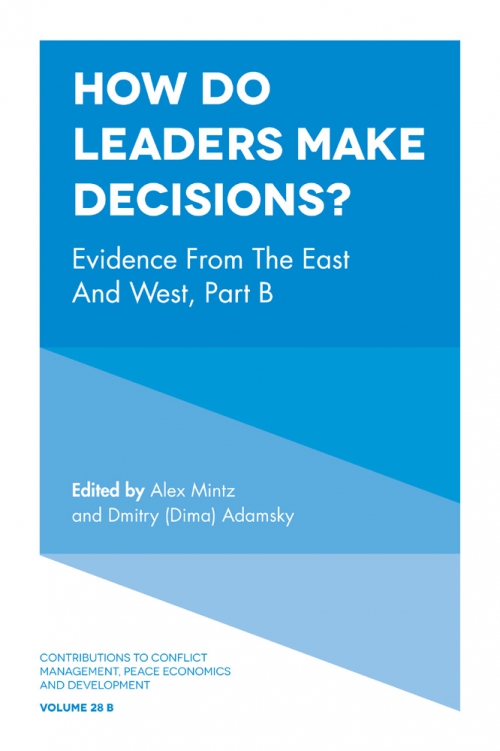 How Do Leaders Make Decisions?: Evidence from the East and West, Part B Vol: 28, Part B

Description
Understanding how leaders make foreign policy and national security decisions is of paramount importance for the policy community and academia. Yet on their own, neither rational nor cognitive schools of decision-making analysis offer totally convincing results, and in any case, rigorous decision analysis methodologies are rarely, if ever, applied to the decisions of world leaders.

How Do Leaders Make Decisions?: Evidence from the East and West, Part B, the second in a two-part volume covering a total of ten world leaders, fills this gap by using the Applied Decision Analysis (ADA) method to explore how figures such as Putin, Erdogan, Khaled Mashal, Mao, and Saddam Hussein make or made major decisions of international significance. By analysing the decisions made by key political figures around the world, past and present, the chapters gathered here shed light on how they are reached and what policy implications they have for their own and other nations. The analyses are based on traditional and contemporary theories of foreign policy decision making, including, but not limited to, the rational actor model, the cybernetic theory of decision, poliheuristic theory, and various decision rules, including the elimination-by-aspect rule and the lexicographic decision rule. Cumulatively, what these chapters uncover is that foreign and national security policies can be best explained by tracing the cognitive process leaders go through in formulating and arriving at their decisions.

For its groundbreakingly rigorous methodology and its unprecedented scope, this book and its companion book are essential reading for students, scholars, and policymakers alike.
Contents
Introduction
How Do Leaders Make Decisions? Evidence from the East; Alex Mintz and Eldad Tal-Shir
Analyses
Chapter 1. The Decision Calculus of Putin; Hadar Glottman
Chapter 2. The Decision Calculus of Erdogan: A Poliheuristic Perspective; Shir Simchayoff
Chapter 3. The Decision Calculus of Khaled Mashal; Leehe Friedman, Yair Samban, John Tyson Chatagnier, and Alex Mintz
Chapter 4. The Decision Calculus of Mao; Shimon Keselman
Chapter 5. Saddam Hussein's Decision Calculus; Eli Mograbi
Conclusions
Conclusion; Dmitry Adamsky
About the author
Alex Mintz (PhD, Northwestern University) is Provost of IDC Herzliya. He served as Dean of the Lauder School of Government, Diplomacy and Strategy at IDC from 2008-2014 and as Director of the Institute for Policy and Strategy (IPS)  from 2014-2017.  Professor Mintz held visiting professor appointments at Yale University and Columbia University, and other schools, as well as a chaired professorship at Texas A&M University.
Dmitry (Dima) Adamsky is an Associate Professor at the Lauder School of Government, Diplomacy and Strategy at the IDC Herzliya, and is a Head of the BA Honors Track in Strategy and Decision Making. Prior to joining the school in 2010, he was a pre- and post-doctoral fellow at Harvard University, a visiting fellow at the Institute of War and Peace Studies, Columbia University, and at the Norwegian Institute for Defense Studies.