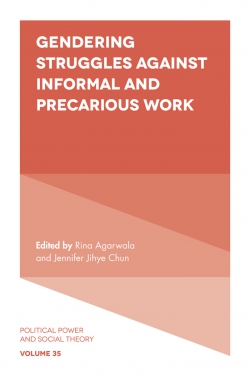 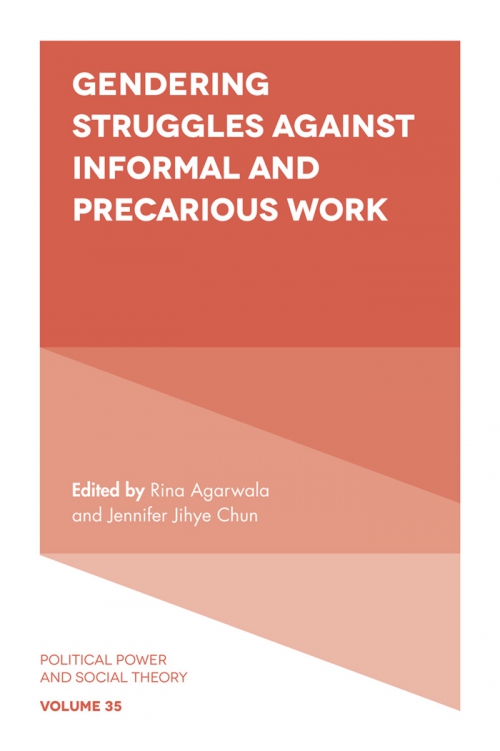 Description
Gender is a defining feature of informal/precarious work in the 21st century, yet studies rarely adopt a gendered lens when examining collective efforts to challenge informality and precarity. This volume foregrounds the gendered dimensions of informal/precarious workers' struggles as a crucial starting point for re-theorizing the future of global labor movements.
This volume includes six empirical chapters spanning five countries - the United States, Canada, South Korea, Mexico, and India - to explore exactly how gender is intertwined into informal/precarious workers organizing efforts, why gender is addressed, and to what end. The chapters focus on two gender-typed sectors - domestic work and construction - to identify the varying experiences of and struggles against gender and informality/precarity, as well as the conditions of movement success and failure. Across countries and sectors, the volume shows how informal/precarious worker organizations are on the front lines of challenging the multiple forms of gendered inequalities that shape contemporary practices of accumulation and labor regulation.
Their struggles are making major transformations in terms of increasing women's leadership and membership in labor movements and exposing how gender interacts with other ascriptive identities to shape work. They are also re-shaping hegemonic scripts of capitalist accumulation, development, and gender to attain recognition for female-dominated occupations and reproductive needs for the first time ever. These outcomes are crucial as sources of emancipatory transformations at a time when state and public support for labor and social protection is facing the deep assault of transnational production and globalizing markets.
Contents
Introduction: Gendering Struggles Against Informal and Precarious Work; Rina Agarwala and Jennifer Jihye Chun
1. From Theory to Praxis and Back to Theory: Informal Workers' Struggles against Capitalism and Patriarchy in India; Rina Agarwala
2. Low Wage Worker Organizing and Advocacy in the U.S.A.: Comparing Domestic Workers and Day Laborers; Ruth Milkman
3. Masculine Vulnerabilities: the Double Bind of Manhood in Global Migration; Saun Juhi Verma
4. Organizing Filipina Domestic Workers in Vancouver Canada: Gendered Geographies and Community Mobilization; Geraldine Pratt with Migrante BC
5. Intersectional Histories, Overdetermined Fortunes: Understanding Mexican and US Domestic Worker Movements; Chris Tilly, Georgina Rojas and Nik Theodore
6. Feminist Entanglements with the Neoliberal Welfare State: NGOs and Domestic Worker Organizing in South Korea; Jennifer Jihye Chun and Yang-Sook Kim
About the author
Rina Agarwala is Associate Professor of Sociology at Johns Hopkins University, USA. She publishes and lectures on international development, labor, migration, gender, social movements, and Indian politics. She is the author of Informal Labor, Formal Politics and Dignified Discontent in India and the co-author of Whatever Happened to Class? Reflections from South Asia.
Jennifer Jihye Chun is Associate Professor in Asian American Studies and the International Institute at University of California, Los Angeles, USA. She is the author of Organizing at the Margins: The Symbolic Politics of Labor in South Korea and the United States and is writing a book on public cultures of protest in South Korea.