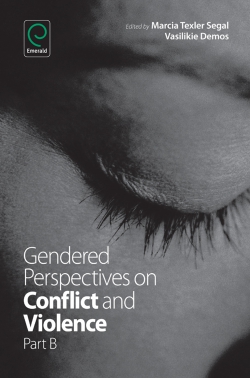 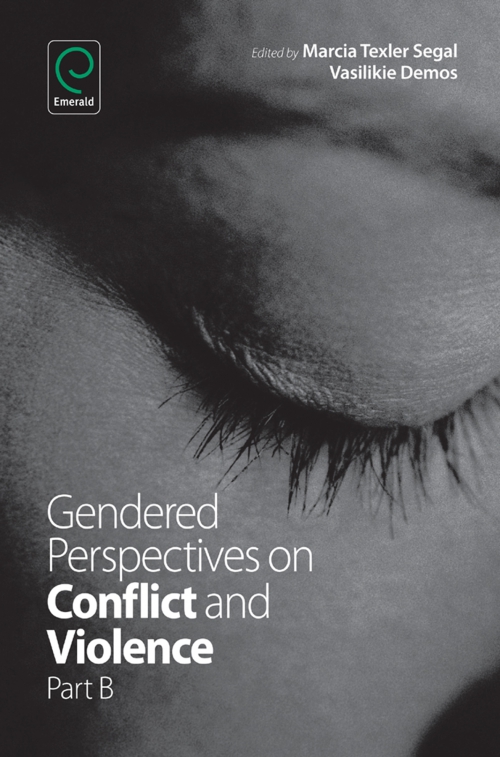 Gendered Perspectives on Conflict and Violence Vol: 18, Part B

Description
A global discourse regarding gender and violence is emerging as feminists, media experts, and social scientists consider the place of gender in episodic acts and chronic conditions of violence. The chapters in this two-part volume offer understandings of the relationship between violence and gender from the global to the domestic level. In Part B, authors trace the history of feminist antiviolence efforts, theorize the reproduction of symbolic gender violence, and show how violence might be re-conceptualized in comparative and intersectional perspective. They show how historical, cultural and religious elements contribute to or complicate violence, how development efforts can backfire, and how actions and techniques applied by governments and NGOs can reduce or exacerbate violence. Substantive topics addressed are as varied as masculinity in U.S. prisons, child abuse in Israel, neo-Nazism in Germany and religious nationalism in India. Much of the research was done on the ground through participant observation, interaction in affected communities and interviews with change agents directly involved. Each of the chapters has theoretical as well as policy or social implications.
Contents
About the Authors. More gendered perspectives on conflict and violence: An introduction. List of Contributors. Gendered Perspectives on Conflict and Violence: Part B. Routine violence: Intersectionality at the interstices. Well-intended measures: Conceptualizing gender as a social structure in post-conflict policy development. Resisting gendered religious nationalism: The case of religious-based violence in Gujarat, India. Is religiosity related to reduced abuse in childhood? A community study of ultra-Orthodox and Secular Jewish women. Treating sexual violence as a “business”: Reflections on national and international responses to sexual and gender-based violence in the Democratic Republic of Congo. The use of participatory gender analysis for violence reduction in (post-) conflict settings: A study of a community education project in northern Uganda. Not all Nazis are men: Women’s underestimated potential for violence in German Neo-Nazism. Continuation of the past or novel phenomenon?. “That candy bar ain’t free”: Managing performances of masculinity in prison. Before prevention: The trajectory and tensions of feminist antiviolence. “Our” honor and “their” honor: The case of honor killings in Turkey. Symbolic violence: Reshaping post-patriarchal discourses on gender. Information for Authors. Advances In Gender Research. Gendered Perspectives on Conflict and Violence. Copyright page.