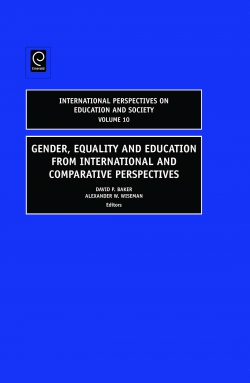 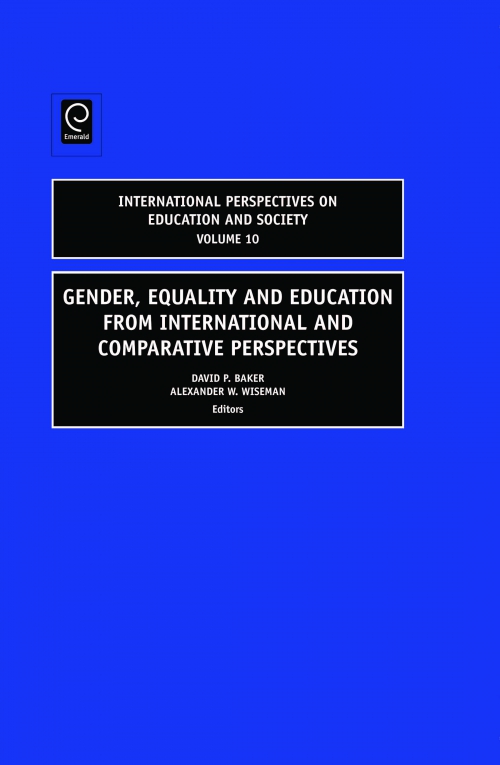 Gender, Equality and Education from International and Comparative Perspectives Vol: 10

Description
This volume of "International Perspectives on Education and Society" investigates the often controversial relationship between gender, equality and education from international and comparative perspectives. Much has been written recently about the global progress made toward gender parity in enrolment and curriculum in nations around the world. And there is much to tout in these areas. Although gender parity is not yet the global norm, the expectation of gender equality increasingly is. Some have gone so far as to say that the global expansion of modern mass schooling has created a world culture of gender equality in education. Yet, while there have been many positive advances regarding girls' and women's education around the world, there are still significant differences that are institutionalized in the policies and administrative structures of national education systems. For example, some of the strongest evidence of gendered inequality in schooling is the fact that in many developing countries there are large proportions of school-age children who are not in school - many if not most of whom are girls. The question this volume investigates is whether gender equality in education is really being achieved in schools around the world or not.
Contents
Sex versus SES: A declining significance of gender for schooling in sub-Saharan Africa?.
The pedagogy of difference: Understanding Teachers’ Beliefs and Practice of Gender Equity in Benin.
Learning from experience: Improving equality of access and outcomes for girls in Uganda's universal post-primary education and training initiative.
Sugar daddies and the danger of sugar: Cross-generational relationships, HIV/AIDS, and secondary schooling in Zambia.
Limits of and possibilities for equality: An analysis of discourse and practices of gendered relations, ethnic traditions, and poverty among non-majority ethnic girls in Vietnam.
What matters for Chinese girls’ behavior and performance in school: An investigation of co-educational and single-sex schooling for girls in urban China.
Gender gap and women's participation in higher education: Views from Japan, Mongolia, and India.
Re-gendered education and society in the newly independent states (NIS) of Central Asia.
Issues of gender, equality, education, and national development in the United Arab Emirates.
Gender segregation in student career aspirations in Norwegian secondary schools.
Gender differences in political efficacy and attitudes toward women's rights as influenced by national and school contexts: Analysis from the IEA Civic Education Study.
Shifting gender effects: Opportunity structures, institutionalized mass schooling, and cross-national achievement in mathematics.
International Perspectives on Education and Society.
Gender, equality and education from international and comparative perspectives.