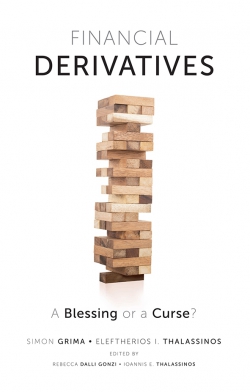 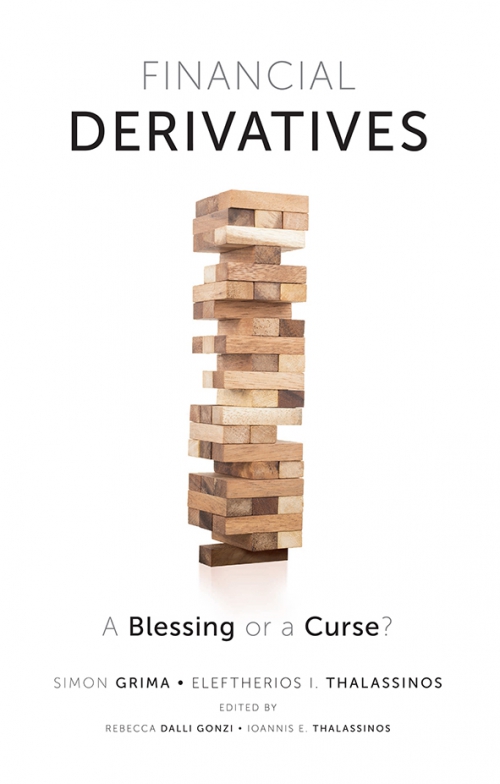 Financial Derivatives: A Blessing or a Curse?

Description
Financial Derivatives have long been the subject of conflicting views. For some, they are a useful instrument, too often maligned by those who do not understand them; for others, they are a complete waste of time and money. But which is it? Should we embrace financial derivatives, or fear them?
In Financial Derivatives: A Blessing or a Curse? Simon Grima and Eleftherios I. Thalassinos rigorously explore the theory and debates surrounding this controversial topic. First exploring the perceived problems and the uses of derivatives, they study and evaluate the people who use financial derivatives; the impacts of derivatives use; and examples of safe use of derivatives. Looking at real-world examples, Grima and Thalassinos include public case studies on financial firms such as Barings Bank PLC, Allied Irish Bank, and Société Générale, as well as non-financial firms including Metallgesellschaft AG and Enron. Through these case studies, the roots of firm failure and large losses become clear, asking whether it is the misuse of this financial instrument, rather than the derivatives instrument itself, that is the cause.
For students and researchers in finance, or practitioners involved in trading, regulating, or auditing, this is a fundamental text exploring a controversial and relevant concept.
Contents
1. The Perception on Financial Derivatives: The Underlying Problems and Doubts
2. Financial Derivatives Use: A Literature Review
3. A Thematic Analysis and a Revisit to Literature on Cases of Improper Use of Derivatives
4. The Financial Derivatives Myths and Doubts: A Conclusion
About the author
Authors
Simon Grima is the Head of the Insurance Department and a Senior Lecturer at the University of Malta.
Eleftherios I. Thalassinos is a Jean Monnet Chair Professor at the University of Piraeus, and the Editor-in-Chief of ERSJ, IJEBA and Chair of ICABE.
Editors
Rebecca Dalli Gonzi, Ph.D., is a lecturer at the Department for Construction and Property Management.
Ioannis E. Thalassinos, Ph.D., is an Adjunct Professor at Gulf University for Science and Technology in Kuwait.