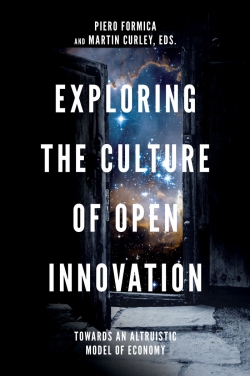 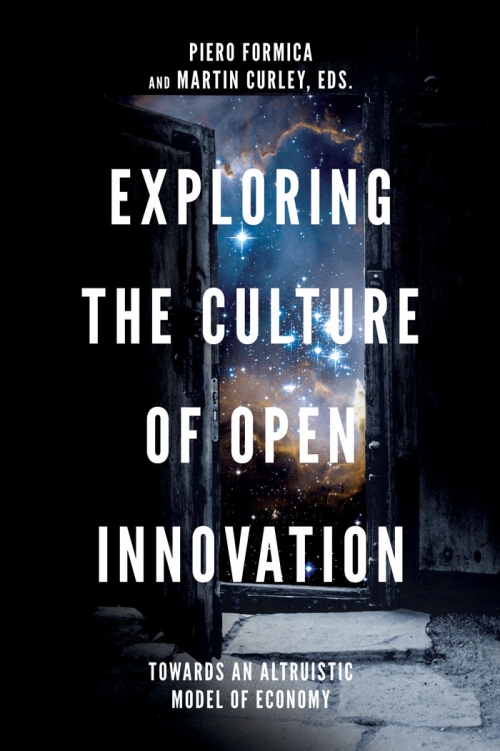 Exploring the Culture of Open Innovation: Towards an Altruistic Model of Economy

Description
Acclaimed entrepreneurship and innovation scholar Piero Formica, along with a strong and diverse cast of international contributors, explore the world of Open Innovation in this volume. Tackling new developments in the field, the authors examine altruism and the role of openness to unorthodox and unconventional experimentation as the newest arena to create modern knowledge resources and entrepreneurial ventures.
Contents
Acknowledgements; Piero Formica and Martin Curley
Preface; Fabrizio Galimberti
Chapter 1. In search of the origin of an open innovation culture; Piero Formica and Martin Curley
Chapter 2. The culture of open innovation - a new Twilight Zone?; Leif Edvinsson
Chapter 3. Sharing, giving and taking: Enabling citizen entrepreneurship; Jay Mitra
Chapter 4. The evolution of businesses: A Darwinian metaphor; Vincenzo Nicolò
Chapter 5. The state of the art of open innovation culture; Diego Matricano
Chapter 6. Connecting dots: From clusters to ecosystems; Bror Salmelin
Chapter 7. Citizen crowdsourcing: 'Ask not what your country can do for you…'; Peter Robbins
Chapter 8. Creating and enabling ecosystems for open innovation: Challenges and how to overcome them; Edna Pasher, Otthein Herzog, Mor Harir, Yaara Turjeman and Wu Zhiqiang
Index of names
Index of terms
About the author
Piero Formica started his career as an economist at the OECD Economic Prospects Division in Paris. He is Founder of the International Entrepreneurship Academy and was formerly Professor of Economics at the Jönköping International Business School in Sweden. He is currently a Senior Research Fellow of the Innovation Value Institute at Maynooth University, leading an international team on experimentation and simulation of high-expectation start-ups. He is Adjunct Professor of Knowledge Economics, Innovation and Entrepreneurship at the Faculty of Entrepreneurship, University of Tehran (Iran), and Guest Fellow of Unismart Padova Enterprise at the University of Padua. Professor Formica received the Innovation Luminary Award 2017 from the Open Innovation Strategy and Policy Group for his work on modern innovation policy. He has written extensively on knowledge economics, entrepreneurship and innovation. In 2015, Emerald published his book Grand Transformation towards an Entrepreneurial Economy: Exploring the Void.
Martin Curley is co-founder of the Innovation Value Institute at Maynooth University, where he is Professor of Innovation. He is also Senior Vice President and Group Head for Global Digital Practice at Mastercard in Dublin. Previously, he was Vice President at Intel Corporation and Director/GM of Intel Labs Europe. He is Chair of the EU Open Innovation and Strategy Policy Group, which is driving the further development and adoption of the Open Innovation 2.0 paradigm in Europe. He is a Member of the Royal Irish Academy, Fellow of the Institution of Engineers of Ireland, the British Computer Society and the Irish Computer Society. Professor Curley was jointly awarded European Chief Technology Officer of the year for 2015–2016.