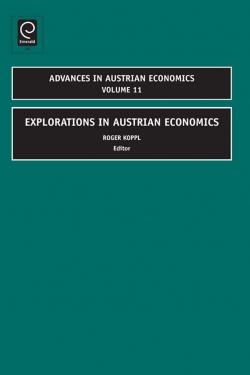 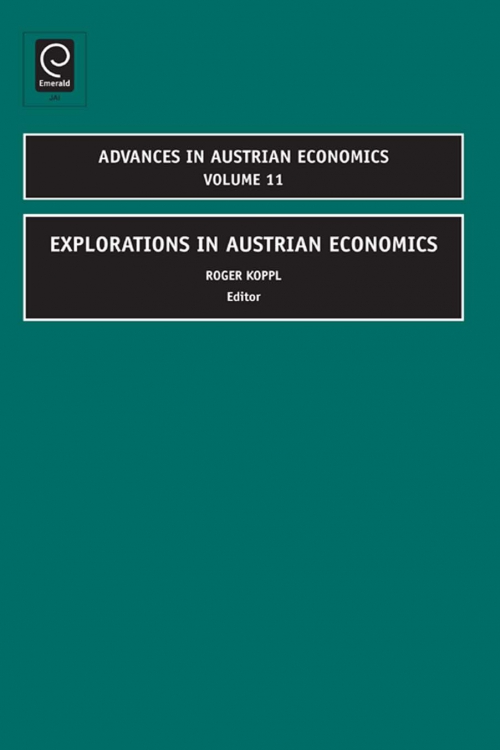 Description
The Austrian tradition in economic thought had a profound influence on the development of post-war economics including neoclassical orthodoxy, game theory, public choice, behavioral economics, experimental economics and complexity economics. Much of what was once unique to the Austrian school has become part of the cognitive DNA of work-a-day economists. Because these Austrian roots have gone largely unrecognized, economists often wonder quite sincerely what the fuss is about when it comes to the Austrian school. In this sense, the Austrian school has been a victim of its own success. The papers in this volume reveal that the riches of the Austrian school have not been exhausted and further inquiry in the Austrian tradition will continue to yield much that is new and valuable. The volume publishes a carefully selected subset of papers presented at the inaugural Wirth Institute Conference on the Austrian School of Economics. The contributors are Lawrence H White; Hansjorg Klausinger; Martin Gregor; Peter Boettke, Christopher Coyne, & Peter Leeson; Roger Koppl, Torsten Niechoj, Steven Horwitz; and, Peter Lewin. These scholars explore issues in economic policy, applied economics, and pure theory from a variety of perspectives. Their explorations of the frontiers of Austrian economics reveal a rich tradition of scholarship with continuing relevance to social thought is all its dimensions.
Contents
Opening remarks by Alfred Wirth. The research program of Austrian economics. Policy advice by Austrian economists: The case of Austria in the 1930. Markets vs. politics: correcting erroneous beliefs differently. The continuing relevance of F.A. Hayek's political economy. Scientific hermeneutics: A tale of two Hayeks. Hayek vs. Hayek: a defence of moderate trade union activity. Analogous models of complexity: the Austrian theory of capital and Hayek's theory of cognition as adaptive classifying systems. The firm in disequilibrium: A market process view of firm organization and strategy. Introduction. Advances in Austrian economics. Explorations in Austrian economics. Copyright page. List of Contributors. Advisory Board.