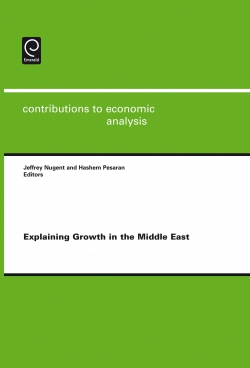 Description
This book is about the Middle East and North Africa (MENA) region. This region is generally perceived as having experienced the most disappointing growth performance over the last couple of decades of any region in the world with the possible exception of Sub-Sahara Africa. Despite the regions immense endowment of natural resources, its per capita income is often viewed as having stagnated. At the same time, most economies of the region have been characterized by extremely high volatility, a condition only partly attributable to the fluctuating price of oil. MENA region has not been as comprehensively covered as other regions of the world (i.e., Latin America, East Asia, South Asia and Sub-Sahara Africa). The prominence of the MENA region in the global energy markets and the world political system makes this a necessary read. The topics of interest are wide ranging and diverse, ranging from dictatorships, civil wars, terrorism and water shortages, to more economic problems arising from volatile oil prices, barriers to trade and foreign investment, dominance of public enterprises, and low skill work forces.
Contents
Introduction I. The Main Themes in the MENA Region as a Whole II. Country Specific Studies