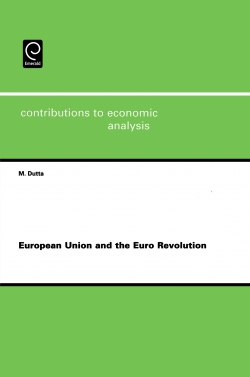 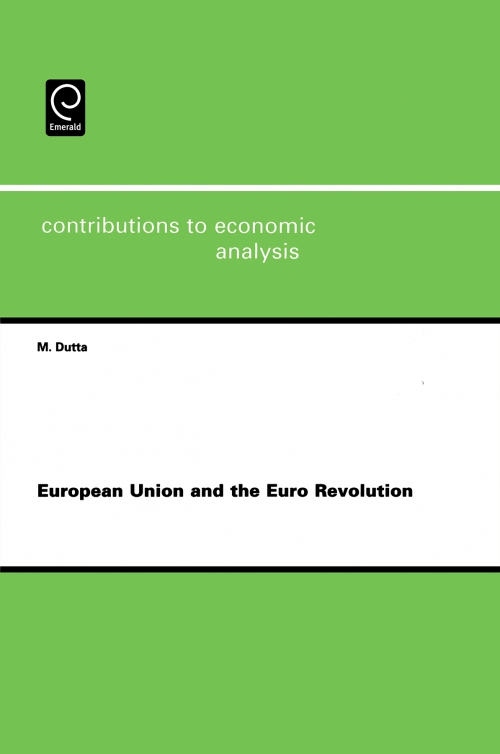 Description
European Union and the Euro Revolution" is a challenging study of the progression of the historic movement towards one European family. This volume is the first, most comprehensive exposition of the treatise of supranational macroeconomics. The Keynesian Revolution taught us macroeconomics in the context of a sovereign nation state. In the post-WWII decades, the concept of supra-national macroeconomics became the core theme of the European Union. Indeed, the traditional concept of a sovereign nation state economy begs a thorough re-examination. One common economic unit with its well-specified micro and macroeconomic parameters has been mapped onto one common geographic unit, the continent of Europe, a group of sovereign European nation states voluntarily surrendering their erstwhile sovereignty. The official inauguration of one common money, the euro, managed by one common supra-national central bank, the European Central Bank (ECB), on January 1, 1999, has been an epochal event in the eventful history of the European Union (EU) from 1958 through the present. As of 1999, with the euro and the ECB firmly established, the debate became: one money to one Europe. "European Union and the Euro Revolution" draws on the authors extensive field studies as a Visiting Scholar with three European national central banks, De Netherlandsche Bank in Amsterdam, Banque de France in Paris, and Der Deutsche Bundesbank in Frankfurt and Japans Ministry of Finance in Tokyo. His personal conferences with Dr. Otmar Issing, Chief Economist and a Member of the Executive Board of the ECB enriched his understanding of the related issues. His personal conferences with ranking economists and policy-makers of Bank of Japan and Japan Bank for International Development Tokyo, the Peoples Bank of China (PBOC) Beijing, Reserve Bank of Australia Canberra and Reserve Bank of New Zealand , Wellington , the Federal Reserve Banks of New York, San Francisco, and Atlanta plus his invited presentations at universities and research institutions in USA, Japan, China, Korea, Taiwan, the Philippines, Indonesia, Singapore, Malaysia, Thailand, Viet Nam, Nepal, India, Australia, and New Zealand have added resourceful inputs to this volume. His invited presentation in 2002 at the special workshop sponsored by the United Nations International Training and Research (UNITAR) at the United Nations Headquarter in New York City, of course, brought meaningful insights. The contributions to Economic Analysis was established in 1952. The series purpose is to stimulate the international exchange of scientific information. The series includes books from all areas of macroeconomics and microeconomics.
Contents
1. Historical Progression of the European Union 2. The European Union 3. The Theory of Supranational Macroeconomics 4. The European Central Bank & the Euro: Theory of Optimum Currency Area Revisited 5. A Constitution for Europe 6. The European Union: The Challenges Ahead 7. The European Union and the US 8. The European Union: A Learning Model