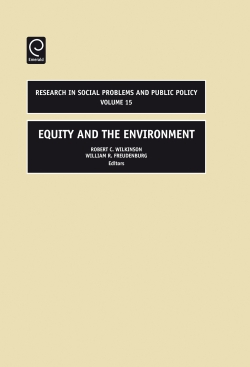 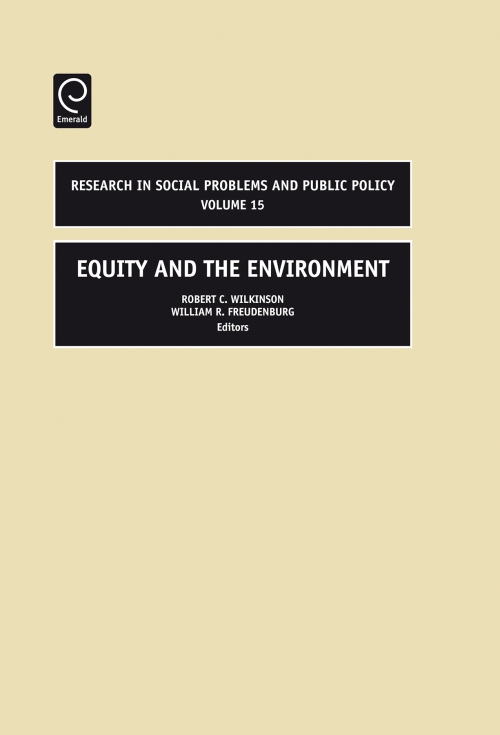 Equity and the Environment Vol: 15

Description
Around the time of the first 'Earth Day', on April 22, 1970, the academic world joined in a virtual explosion of societal interest in a topic that inherently lies in the confluence between 'social problems' and 'public policy' - the ways in which humans use and abuse the natural environment. In the worlds of social movement organizations and policy, that newfound interest showed up in dramatic growth of environmental organizations and a stream of powerful new environmental laws. In the academic world, echoes of the explosion showed up in equally dramatic growth of interdisciplinary 'environmental' programs with an explicit focus on the fact that 'environmental problems' are inherently social problems as well. Over the past decade, a growing body of research has shown that equity issues need to receive greater attention in academia - not just among activists, and not just as the focus of courses on environmental ethics, but as topics that deserve careful academic study and that in many ways are at the core of what we call 'environmental' problems. As David Orr (1992) noted, 'the symptoms of environmental deterioration are in the domain of the natural sciences, but the causes lie in the realm of the social sciences and humanities'. This volume is intended to call this research to attention, but also to encourage its further expansion; far from being the kind of topic that ought to be relegated to a small pigeonhole, issues of equity and inequality deserve to be absolutely central to the study of connections between humans and the habitat that we share with all other life on earth. This volume brings together the leading research on equity and the environment. It features contributions from academics and researchers in the field. This book series is available electronically at website.
Contents
Equity and the environmental justice debate. Equity, unnatural man-made disasters, and race: why environmental justice matters. Diversity and the environment: myth-making and the status of minorities in the field. Extending the reach of ecofeminism: a framework of social science and natural science careers. In the shade of affluence: the inequitable distribution of the urban heat island. Equity, vulnerability and resilience in social–ecological systems: a contemporary example from the Russian Arctic. Inequality in the creation of environmental harm: looking for answers from within. Is inequality bad for the environment?. List of Contributors. Equity and the environment: a pressing need and a new step forward.