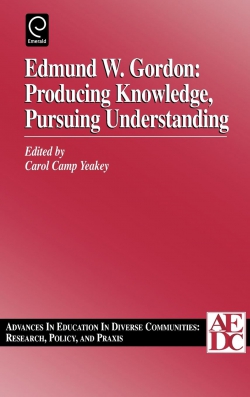 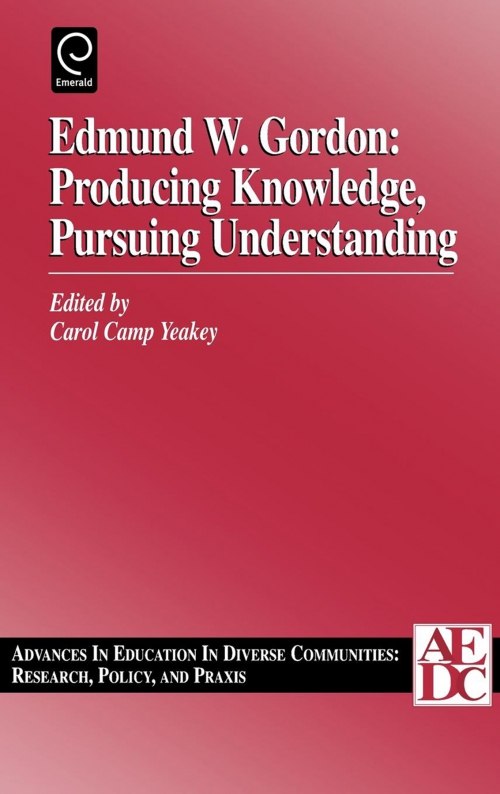 Description
The initial volume in this new series focuses on the work of Edmund W. Gordon, the John M. Musser Professor of Psychology Emeritus at Yale University. Gordon had a tremendous influence on contemporary thinking in psychology, education and social policy and the implications of his work for the schooling of lower status youth and children of color, in America. For some, this volume will reacquaint them with Gordon and many of the young persons, now senior scholars themselves, who have learned from him. For others, this volume will simply inform them of the magnitude of the man and the legacy of researchers and research he has spawned. This important work challenges some of the basic assumptions under-pinning American social science research. Scholars from diverse fields of economics, anthropology, law, education, political science, sociology, psychology, and public health question traditional assumptions with respect to low status populations and persons of color, and analyze some of the intended and unintended consequences of those assumptions. The essays in this volume are well reasoned, provocative in the subject matter that they cover, and thoughtful in their conclusions. There is little doubt that the central focus of the book - the influence of Edmund W. Gordon and his liberatory scholarship - is a topic the examination of which is long overdue. The volume is divided into four sections: relevance of social divisions in research and development; population sensitive intervention; explanatory investigations; and, context responsibility. The final word in the volume, in the Epilogue, rightfully belongs to Edmund W. Gordon himself.
Contents
Section headings: Relevance of Social Divisions in Research and Development. Population Sensitive Intervention. Explanatory Investigations. Context and Responsibility.