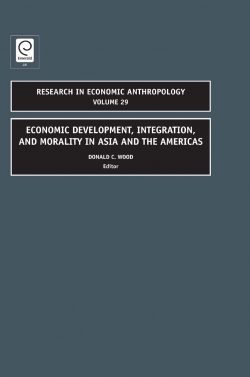 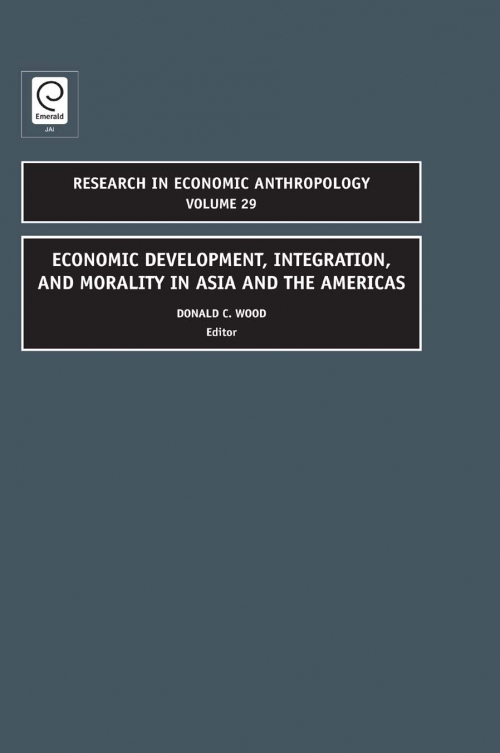 Economic Development, Integration, and Morality in Asia and the Americas Vol: 29

Description
This 29th volume in the "Research in Economic Anthropology" series explores economic development, integration, and morality in economic transactions in Asia and the Americas through 14 original chapters based on ethnographic evidence collected by the authors. Under development, chapters look at, amongst others, underground gambling behavior in China in light of that country's current economic boom, recent retail store expansion and local socioeconomic effects in rural Mexico, and also women's economic activities as part of the household economy in Oaxaca, Mexico. As for economic integration, authors investigate monetization in the historical and archaeological records of the Angkorian Empire, transnational economic links between coffee producers in Costa Rica and Panama and concurrent socio-economic effects at the production sites. Finally, under the moral, chapters examine the culture of restaurant tipping in North America, the pre-school education market in northern Japan against a backdrop of scarcity of children, narrative and social pressure in a North American market environment, and the role of social capital in gender-specific credit association membership in Puebla, Mexico.
Contents
List of Contributors. Introduction: economic development, integration, and morality in Asia and the Americas. Underground lotteries in China: the occult economy and capitalist culture. Supermarketization, consumer choices, and the changing food retail market structure: the case of Citlalicalli, Mexico. A master is greater than a father: rearrangements of traditions among Muslim artisans in Soviet and Post-Soviet Uzbekistan. Marketplace vendors, decision-making, and the household in Bolivia. Gender, work, and opportunity in Oaxaca: some thoughts on the importance of women in the economic life of the rural village. Money doesn't make the world go round: Angkor's non-monetisation. Shifting coffee markets and producer responses in Costa Rica and Panama. Moving bodies: the intersections of sex, work, and tourism. “Made in China” – political and cultural valuation of brand images, trade, and commodities: ethnographic evidence from Europe and Asia. The expansion of immigrant networks at origin: a case study of a rancho in Jalisco, Mexico. Restaurant tipping: short-circuiting the morality of the market. Children as a common-pool resource: change and the shrinking kindergarten market in a Japanese city. “I bought this at eastern market”: Vending, value, and social relations in an urban street market. Social capital as an incentive for participation and formation of women-dominant ROSCA. Research in Economic Anthropology. Economic development, integration, and morality in Asia and the Americas. Copyright page.