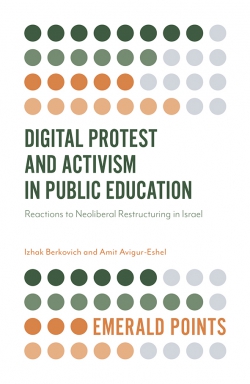 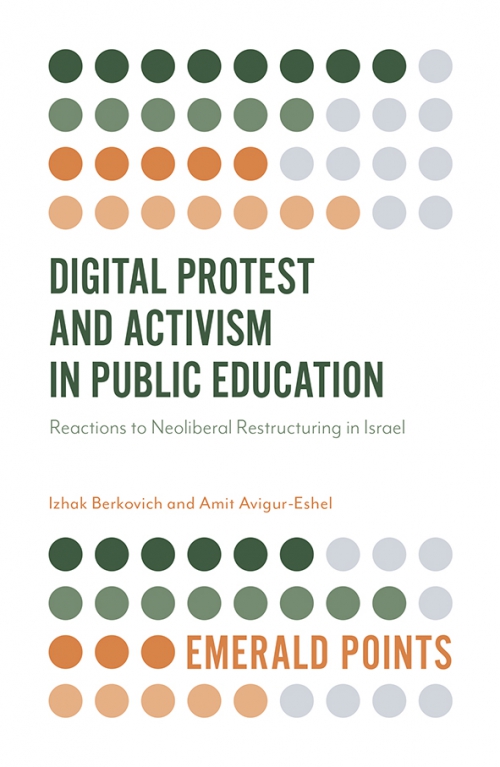 Digital Protest and Activism in Public Education: Reactions to Neoliberal Restructuring in Israel

Description
Digital protest and activism in reaction to the consequences of neoliberalism in public education have become a global phenomenon in the second decade of the 21st century, emerging in countries such as the US, UK, France, and Israel. Teachers, parents, and other stakeholders in education are increasingly using digital media in their protest and activism efforts, yet these efforts have hardly been investigated to date.
This book addresses this gap and employs an empirical exploration of the way in which Internet-based protest activity concerning public education issues is constructed, mobilised, and carried out. In doing so it provides key insights for the study of educational politics in the digital age. It shows how digital media is used by teachers and parents to create a bottom-up politics, spanning a common divide in the study of education politics between the macro (policymaking) and the micro (school) levels. The authors propose a novel taxonomy of uses of social media by digital activists, and argue that Internet-based social mobilisations develop different patterns of use of social media, based on the lived experience of their members and potential supporters. Finally, the book situates the rise of digital activism in education within the neoliberal restructuring of national education systems and the rise of neoliberal discourse of competition, budget discipline, and measurable achievements. The authors highlight three cases of Internet-based mobilisations in Israel, in which teachers and parents successfully affected public education policy.
By providing a case-study driven analysis of digital protest and activism in education, this book will prove an invaluable text for researchers, leaders and practitioners in the field of education policy and comparative education.
Contents
Chapter 1. Out with the Old, in with the New: Three Ages of Israeli Public Education Policies
Chapter 2. From Education to All to Education for Me: Changes in Israeli Public Values and Interests
Chapter 3. Rhetoric and Images in Online Agenda Setting: Teachers' Digital Protest against Educational Reform
Chapter 4. Two Faces of Digital Activism: Parents' Anti-Neoliberal and Pro-Neoliberal Protests
Chapter 5. Opening the Black Box of Digital Activism in Education in the Neoliberal Age: Lived Experience and Patterns of Use of Social Media
About the author
Izhak Berkovich is a faculty member in the Department of Education and Psychology at the Open University of Israel. He also heads the Research Institute for Policy Analysis at the Open University of Israel. His research interests include politics and policy-making in education, educational reforms, and educational leadership. He has published in various journals such as Critical Studies in Education, Comparative Education Review, Globalisation, Societies and Education, and Journal of Educational Change.
Amit Avigur-Eshel is a lecturer in the Department of Public Administration and Policy at Sapir College, Israel. His research interests include the political economy and political sociology of neoliberalism, the politics of education, and financial education. He has published in various journals such as Political Studies, British Journal of Sociology of Education, International Journal of Educational Development and Journal of Political Ideologies.