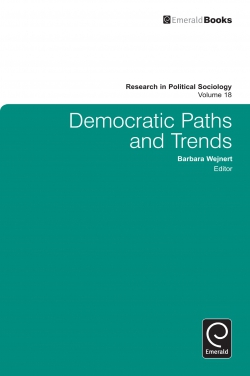 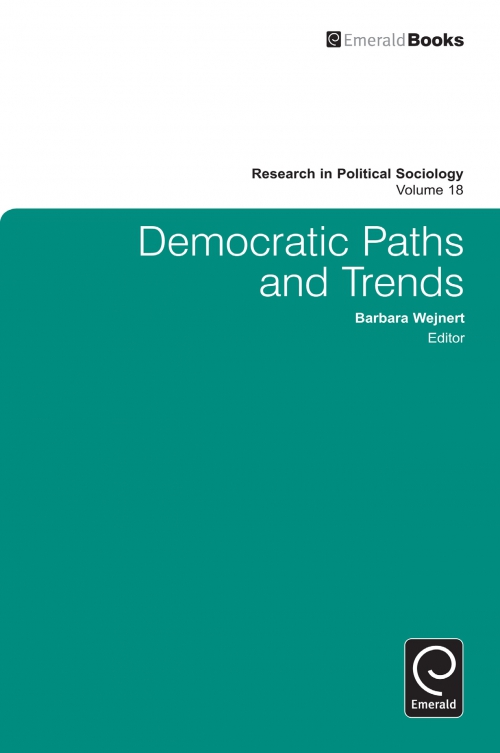 Description
In this text, "Research in Political Sociology", the imperative and current issues of democratic trends are presented by scholars from Asia, Europe, Latin America and the United States. The volume addresses worldwide changes and developments of democratization from historical and contemporary perspectives. It presents discourses on the diffusion of democracy, paths of democratic transitions, worldwide trends towards democratization, as well as discussion about democracy in retreat. Cross-cultural, comparative studies sit alongside case studies of individual countries including democratic development in the United States, post-colonial and post-Soviet democratization trends, and most recent experiences of countries that have undergone democratization growth or democracy in retreat in the first decade of this century. This volume can be used by political sociologists to strengthen and develop the unique skills and interests they bring to sociology. It is pertinent to researchers from political science, sociology, anthropology, economics, and to policy makers from across the globe working on democratic transition and democratization/re-democratization issues.
Contents
List of Contributors. EDITORIAL BOARD. Preface. Chapter 1 World trends and the trajectory of democratization. Chapter 2 Democracy in retreat? Decline in political party membership: the case of The Netherlands. Chapter 3 New citizens, new models of democracy: Theorizing the ‘disconnect’ between citizens and states. Chapter 4 Dual citizenship and the revocation of citizenship. Chapter 5 From clients to participants? Alternative local governments and the limitations of participatory democracy in the neoliberal era, Saquisilí, Ecuador. Chapter 6 Networked democracy: School-based volunteerism and youth civic engagement. Chapter 7 Shifting functional forms in the relationship between economic development and political democracy. Chapter 8 Globalization and democracy: The triumph of liberty over equality. Chapter 9 Reflecting on choice through U.S. presidential elections. About the Authors. Research in Political Sociology. Democratic Paths and Trends. Copyright page.