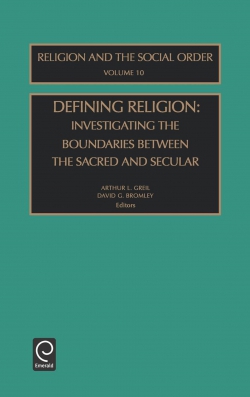 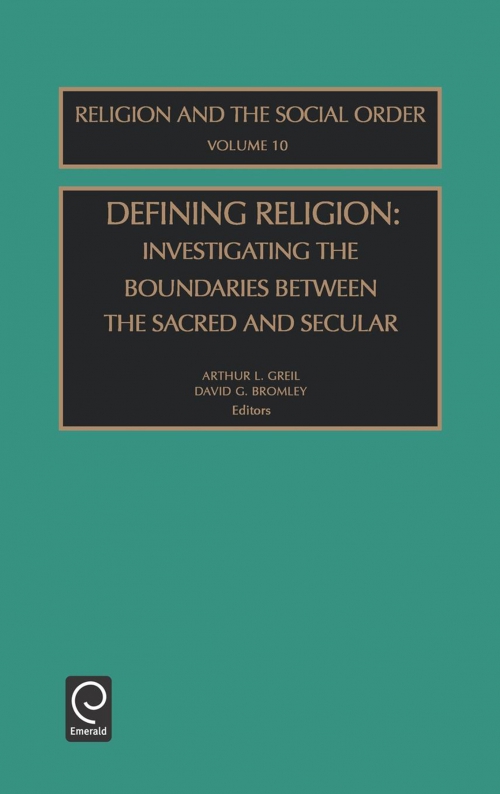 Defining Religion: Investigating the Boundaries between the Sacred and Secular Vol: 10

Description
The debate over the proper definition of "religion" has occupied the attention of social scientists for many years without shedding much light on the nature of religion. One reason for this lack of progress is that most participants in the debate have accepted a naturalistic conception of religion. The goal of this volume is to inspire a re-orientation in the way students of religion think about the task of defining religion and to encourage an appreciation of the fact that defining religion is fundamentally a social and political process. The first substantive section of this volume features critical views of the ways in which academicians have traditionally defined religion and suggests new and potentially more useful approaches. A second section features essays that look at the development of the category of religion in historical and cross-cultural context. These essays make it clear that the notion that religion is a basic sphere of human experience is a Western concept that emerged at a particular point in history for particular political and ideological reasons. The final section of the volume focuses on the social nature of the process of defining religion and on the influence that changing definitions of religion have on religious practice and beliefs.
Contents
The Social Scientific Attempt to Define Religion: Sacred algorithms - exchange theory of religious claims, W. Sims Bainbridge; Differentiating - the virtues of substantive definitions of religion, W.H. Swatos Jr; The implicit religiosity of the secular - a Martian perspective on the definition of religion, E.I. Bailey; Defining religion - a pluralistic approach for the global age, F. Lechner; Negotiating the secular forms of religious authority and their political consequences, E. Kopplewitz. The Social Construction of the Religious Category: The "imperial states, axial religions and the definition of religion" W. Herbrechtsmeier; Contested meanings and definitional boundaries - historicizing the sociology of religion, M. McGuire; The category "religion" and the politics of tolerance, R. McCutcheon; Defining religion in cross-national perspective: identity and difference in official conceptions, P. Beyer; Cultural context and the definition of religion - seeing with Confucian eyes, J. Spickard. Negotiating "Religion" in Everyday Life: The courts and the definition of religion in the United States and Canada - preserving the status quo through exclusion, L.G. Beaman; Baby boomers and their millennial kids - "folk" definitions of religion and their relation to culture, L. Schofield Clark; The relationship between religion and spirituality, R. Hood; Defining paganism in England and Wales, M. York.