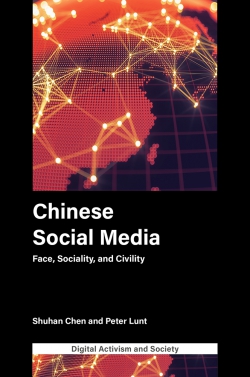 Description
How are Chinese youths adopting social media as they move to the competitive modern city for education and work? Which social media practices enable them to enjoy new forms of personal expression and sociality? This book examines the social media experiences of middle class Chinese adolescents who moved to Beijing to study. Through an analysis of their use of WeChat we explore their enthusiasm for self-expression online, their mediated social relations (guanxi) with family, friends, classmates and colleagues.
The authors argue that sustaining personal and social relationships in the context of China's modernity, including its soft regulation of internet and social media, demands new norms of positivity and online civility. This is framed by several tensions:between emerging opportunities for freedom of expression and long-standing traditions of social identity and reputation as face (lian andmianzi) between traditional obligations to parents (xiaoshun) and the desire for personal autonomy; and pressure to constitute and govern the internet as a space of positive energy and civility in support of national Chinese sovereignty.
The social media practices and deliberations of the participants reveal a fascinating amalgam of traditional Chinese culture, philosophy and reflections on collectivism combined with an embrace of Western-influenced ideas of positive psychology, self-expression, social networks and pragmatic social relations.
Contents
Chapter 1. China’s Compressed Modernization and Development of Digital and Social media
Chapter 2. Social interaction, self-presentation and face in Chinese and West European Contexts
Chapter 3. Individualization, Self-expression and Face
Chapter 4. Mediated Family Relations at a Distance
Chapter 5. Online sociality in friend circles: Guanxi and Renqing
Chapter 6. The New Moral Duty: Spreading Positive Energy Online
Chapter 7. Conclusions
About the author
Shuhan Chen is an emerging digital media and culture researcher working at the University of Sheffield, UK. Her research interests explore the links between digital media and social theories, cultural differences, and online communication.
Peter Lunt is Professor of Media and Communication at the University of Leicester, UK. His research interests include audience research, social theory, and media regulation.