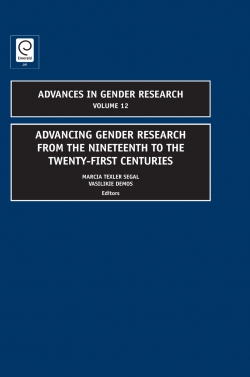 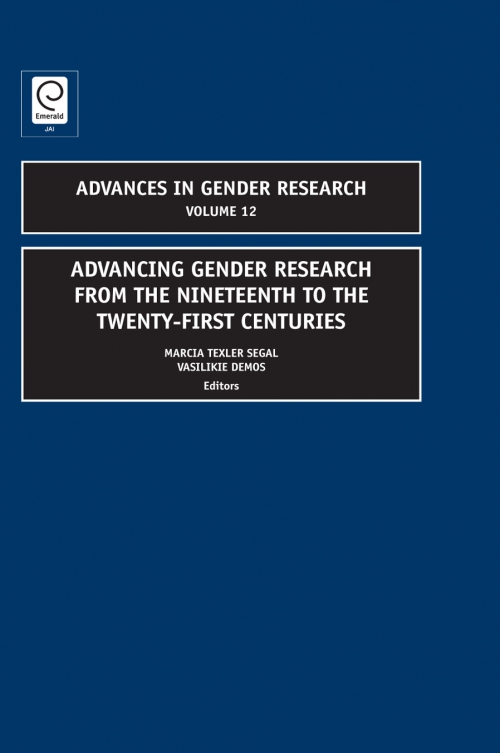 Advancing Gender Research from the Nineteenth to the Twenty-First Centuries Vol: 12

Description
Volume 12 consists of fourteen original essays by multi-national and multi-disciplinary scholars. Four discuss and analyze the 19th Century writings of Harriet Martineau (British Author), considered to be early examples of sociology and gender studies. A range of Martineau's writings are explored including her critical review of the Salem witch hunts and her letters to a young Irishman. Several essays focus on gendered implications of the state, for example, the European Union or the Eastern European Bloc. A third set focus on gender and social institutions and some investigate family-related issues including power relations regarding race, childbearing, the impact of religious fundamentalism, issues related to aging, health and medicine, and sport.Some are based on presentations given at the International Sociological Association Congress in Durban, South Africa in July, 2006. Others are drawn from the Martineau Society Working Seminar at National University of Ireland at Maynooth in May, 2007. Continuing in the tradition established by the "Advances in Gender Research" series, it explores gender as a social institution and social construct. The essays complement one another in their topic examination, issues and themes, adding nuance to contemporary Gender Studies
Contents
Introduction: Advancing gender research from the nineteenth to the twenty-first centuries. Witch hunts and enlightenment: Harriet Martineau's critical reflections on Salem. Harriet Martineau's Irish romance: The Lady Oracle and the Young Repealer. Harriet Martineau and the sociology of health: England and her soldiers. Harriet Martineau: The forerunner of cultural studies. Some things are not negotiable: Gender, sovereignty, and Poland's integration into the European Union. Breaking their way in: women jockeys at the racetrack in Brazil. Exercising social power: The case of marriage. Evangelicals, invested individualism and gender. Fundamentalist feminists spar with the patriarchy: Interpretive strategies of Israeli rabbinic court pleaders. Surviving widowhood: Gender and race effects on health-related coping strategies. Re-examining the meanings of childbirth: Beyond gender and the “Natural” versus “Medical” dichotomy. Redefining “reproductive rights”: An ecofeminist perspective on in vitro fertilization, egg markets and surrogate motherhood. How advertising for psychotropics constructs an enhanced gendered self. About the Authors. Acknowledgment. Information for Authors. Advances In Gender Research. Advancing Gender Research from the Nineteenth to the Twenty-First Centuries. List of Contributors. Subject Index. Copyright page.