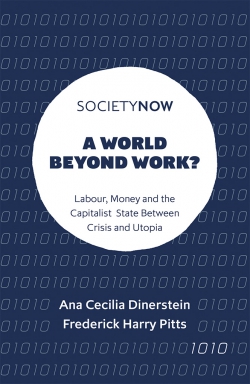 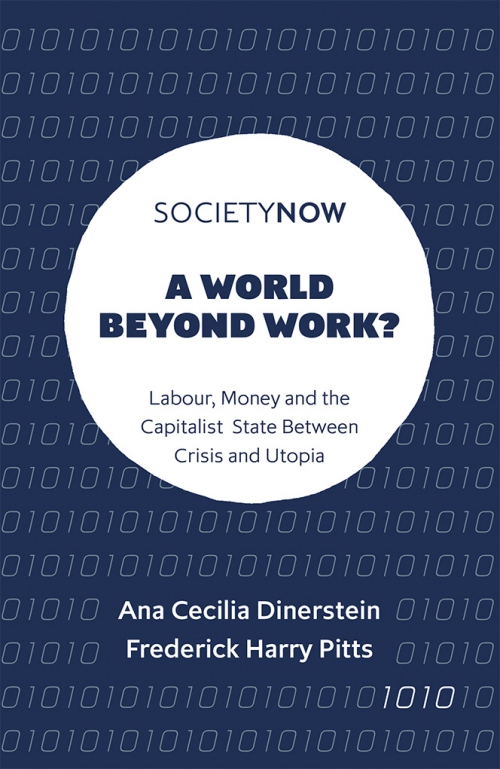 A World Beyond Work?: Labour, Money and the Capitalist State Between Crisis and Utopia

Description
Sensing a future beyond work lurking in an age of crisis, the ‘post-capitalist’ utopias of today spread the idea of a permanent escape from work aided by the automation of production, a universal basic income and the reduction of working hours to zero. By skilfully unpicking the political economy of contemporary work and its futures, this book mounts a forceful critique of the post-work society vision.
Dinerstein and Pitts reveal that transitional measures towards a world beyond work do not do enough to break away from the key features of capitalist society, and instead potentially stifle the capacity for transformative social change. Proposing an innovative alternative, the authors envision the construction of ‘concrete utopias’ that shape and anticipate non-capitalist futures.
Contents
Chapter 1. Post-work, Post-capitalism, Post-what? An Introduction
Chapter 2. Futures Past and Present: On Automation
Chapter 3. The Post-Work Prospectus: On Labour
Chapter 4. Productivist Mandates: On Value
Chapter 5. Pennies from Heaven: On Money
Chapter 6. Basic Income in One Country: On the State
Chapter 7. Liquidating Labour Struggles? On Social Reproduction
Chapter 8. Hope and Prefigurative Translation: On Utopia
About the author
Ana Cecilia Dinerstein is a Reader in Sociology at the University of Bath.
Frederick Harry Pitts is a Lecturer in Management at the University of Bristol.
Reviews
‘Ana Cecilia Dinerstein and Frederick Pitts' book is a fundamental contribution to the debate on post-capitalist utopias. The Coronavirus crisis has accelerated the morbid symptoms of austerity-driven capitalism, and we must develop new strategies to escape the increasingly authoritarian trends of nation-states. A World Beyond Work offers a blueprint ready to develop a future against and beyond capitalism. This will be an essential read for the next decade.’  - Dr Mònica Clua Losada, The University of Texas Rio Grande Valley‘A World Beyond Work? is one of the great books of our generation. The future of work and the notion of basic income are topics on which every active citizen must form a view. Too often, these topics are discussed by referring to money and the state in an untheorised and, ultimately, naive way. Dinerstein and Pitts avoid these pitfalls by drawing on the work of Marx. Political issues and issues in the social sciences compete for attention and, sometimes, have an ephemeral feel. A World Beyond Work? is different. It is a landmark. We shall be consulting Dinerstein and Pitts for years.’ - -Richard Gunn, co-founder of open Marxism‘As we look towards building the economic order of the 21st century, post-capitalist and post-work visions capture the interest of many across the left and beyond. Dinerstein and Pitts undertake the necessary work of taking this stance seriously, offering a balanced, dense, thoughtful and enriching critique.’   - -Alessandro Gandini, University of Milan‘This is a timely and important book. In it, Dinerstein and Pitts carefully dissect loose arguments that automation and basic income necessarily promise a better future. Their theoretical and empirical rigour offer a vital corrective to misplaced and uncritical hope and invite scholars and activists to think carefully about the demands they are making, how, and why.’ - -Neil Howard, University of Bath‘This book offers a scholarly contribution to studies of value, work, (un)employment, and social movements in the 21st Century. This is also a book about hope and creativity at a time of narrow horizons and bleak pessimism. It brings to us a world with new possibilities of freedom. Dinerstein and Pitts point to new pathways to this world – pathways broader than postwar social democracy, more radical than the traditional communist parties, and carefully attuned to our own times of overlapping crises of profitability, living standards, health and the environment. A must!’ - -Alfredo Saad-Filho, King’s College London'This is a ground-breaking contribution to debates about the future of work, mechanisation and social reproduction. Anyone interested in these themes – and particularly the highly topical issue of universal basic income – should read Dinerstein’s and Pitts’ powerful critique. The authors offer a vital antidote to the technological utopianism widespread on the left today.' - Adrian Wilding, Humboldt-Universität zu Berlin'With an insightful combination of theoretical debates on political economy, the State and social change, this book offers a perceptive debunking of political practice today for a new radical horizon, this book is a must read in this dire times.' - Mariano Féliz, National University of La Plata.'The book provides a sustained critique of the notion that we are on the verge of a post work society, where the travails of wage labour will be overcome by a fully automated production process, underpinned by a universal basic income. Grounded in Karl Marx’s value theory of labour, the authors argue human emancipation cannot be dependent on state handouts; but, rather, on the everyday prefigurative struggles of grassroots social movements. Study this book.' - Mike Neary, Emeritus professor, University of Lincoln.'Discussing the world to come is essential, but even more important is where we stand to enter this important debate. This book offers an open Marxist critique of the post-capitalist UBI and automation-based utopia by placing ‘uncomfortable' categories (value, money, state, and class struggle) at the center of the analysis to comprehend the contradictory dynamics and emancipatory power of concrete struggles (utopias) against the world of money.' - Luciana Ghiotto, University of San Martin.