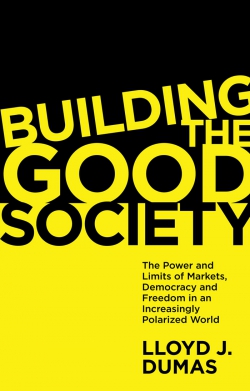 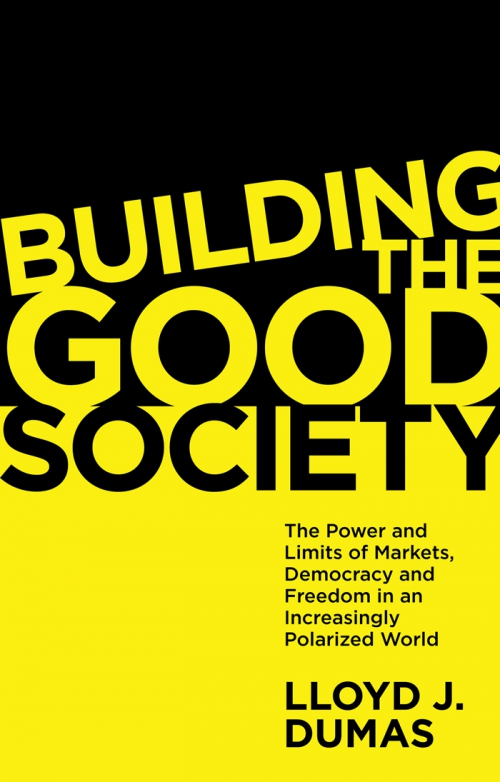 Building the Good Society: The Power and Limits of Markets, Democracy and Freedom in an Increasingly Polarized World

Description
In many countries, society seems to be going off the rails. Economies are mired in widening and deepening inequality while the polity has deteriorated into a state of permanent hyper-partisan confrontation. Compromise and pragmatism seem a thing of the past. The central value of fairness has been cast aside. An individual's freedom and prosperity increasingly appear to depend not on personal and social commitments to the fundamental institutions of market economy and political democracy, but rather on whether his or her side dominates in the struggle for power.
Leading political economist Lloyd J. Dumas presents a pragmatic alternative view of a society that is capable of maximizing individual freedoms and producing sustained prosperity while preserving socially responsible behavior. In six interconnected essays, he investigates how to secure political freedom and sustainable democracy while avoiding the deliberate manipulation that produces less-than-democratic results; how to achieve equity and material abundance within the market system while avoiding the disadvantages of excessive income and wealth inequality; how to foster individual attitudes that promote progress rather than destroy the idea of individual dignity; how to shape the international organizations and institutions that will construct a solid and truly global social foundation; and how to sustain these foundations through democratic transitions. No blue sky utopian vision of idealists living in a perfect society, this book draws upon real examples from around the globe in order to outline an achievable future where ordinary, fallible human beings can overcome the most troubling limitations of democratic institutions and free market economics in order to harness their power to bring prosperity and maximize personal freedom.
With chapters that collectively build a pragmatic conceptual foundation for envisioning an optimally ethical international politico-economic system, Building the Good Society is a must-read for political economists and policymakers interested in realistic, theoretically rigorous recommendations for social development. Because its chapters are digestible as standalone essays, this book is also of interest to anyone concerned with the most pressing political, economic, and social issues of the past ten years.
Contents
Introduction
Chapter 1. Securing Political Freedom and Sustainable Democracy
Chapter 2. The Market System: Achieving Equity and Material Abundance
Chapter 3. Attitudes: Promoting Progress or Destroying Dignity?
Chapter 4. Institutions and Organizations: Constructing the Social Foundation
Chapter 5. Limits and Incentives: Tools for an Efficient, Fair and Responsible Society
Chapter 6. Democratic Transitions: Creating, Protecting and Sustaining the Good Society
Conclusion
About the author
Lloyd J. Dumas is Professor of Political Economy, Economics and Public Policy at the University of Texas at Dallas. He has published numerous books and articles and has been published, quoted, and interviewed in leading news and media outlets around the world.